After Getting Caught in Massive ‘Imminent Threat’ Lie, Trump Says It Doesn’t Matter 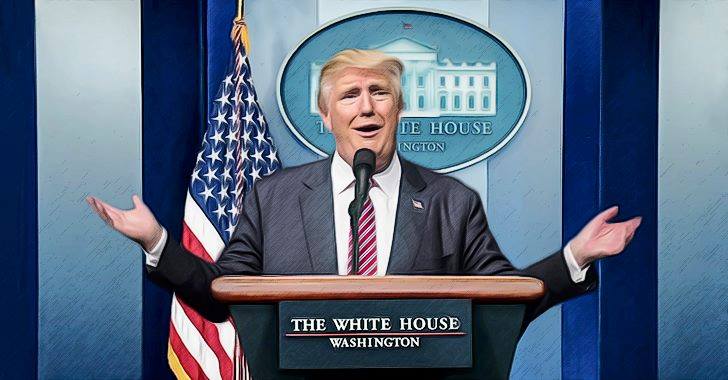 After NBC News reported that President Donald Trump approved the assassination of Iranian military commander Qasem Soleimani last June—undercutting administration claims that Soleimani was targeted for a drone strike because of an immediate threat—the president claimed his rationale for unilaterally killing a foreign leader was irrelevant if he deemed the assassination necessary.

Trump concluded several tweets about his impeachment, the 2020 presidential campaign, and other topics by reiterating his administration’s claim that Soleimani posed an “imminent” threat to the U.S., but added that “it doesn’t really matter because of his horrible past.”

The Fake News Media and their Democrat Partners are working hard to determine whether or not the future attack by terrorist Soleimani was “imminent” or not, & was my team in agreement. The answer to both is a strong YES., but it doesn’t really matter because of his horrible past!

Administration officials have spent more than a week making various claims about the danger Soleimani posed, including that he was plotting to bomb U.S. embassies—a claim with Defense Secretary Mark Esper wouldn’t confirm on record Sunday. Secretary of State Mike Pompeo openly mocked reports from Iraq’s prime minister that Soleimani was in Baghdad at the time of his killing to discuss easing tensions with Saudi Arabia.

But a White House briefing last week in which officials shared intelligence about so-called “imminent” threats posed by Soleimani was condemned as “insulting” and “utterly unconvincing” by members of Trump’s own party.

On social media, some observers wrote that Trump’s phrasing of his tweet on Monday could be applied to many of his decisions and his treatment of the truth.

“It doesn’t really matter,” tweeted MSNBC political analyst Richard Stengel. “He’s not saying that just about Soleimani, but about the truth. Those who lie for Trump are then undercut by him.”

“If this is the case, then nothing matters,” added anti-Trump activist Andrew Wortman. “He can assassinate anyone anywhere and bring us to the brink of war for no reason and face no accountability.”

Trump says “It doesn’t really matter” if Soleimani posed an imminent threat. If this is the case, then nothing matters. He can assassinate anyone anywhere and bring us to the brink of war for no reason and face no accountability. https://t.co/DoDAqMoOCv

All that lying about the justification for killing Soleimani and then trump just tweets out the confirmation that they were all lying but it doesn’t matter because when you govern under the doctrine of nothing matters then nothing matters. pic.twitter.com/589AQiJ7hb

This should be world shaking news.

In Trumplandia, it barely merits a glance.

The unraveling of the White House narrative about Soleimani’s assassination was reminiscent of Trump’s treatment of the murder of Washington Post columnist Jamal Khashoggi in 2018. After spending weeks assuring the public that Saudi Crown Prince Mohammed bin Salman had nothing to do with the killing, the president finally told reporters, “Maybe he did and maybe he didn’t… In any case, our relationship is with the kingdom of Saudi Arabia.”

A recent USA Today/Ipsos poll found that 52% of respondents view the killing of Soleimani as “reckless.”