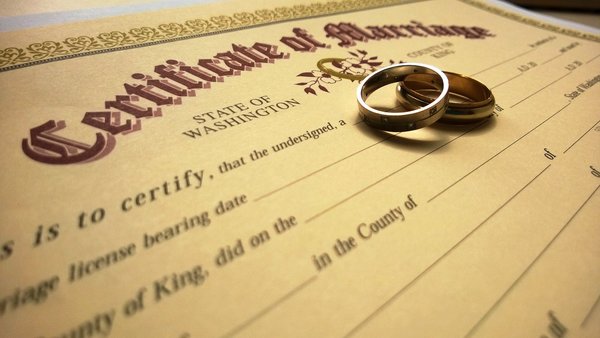 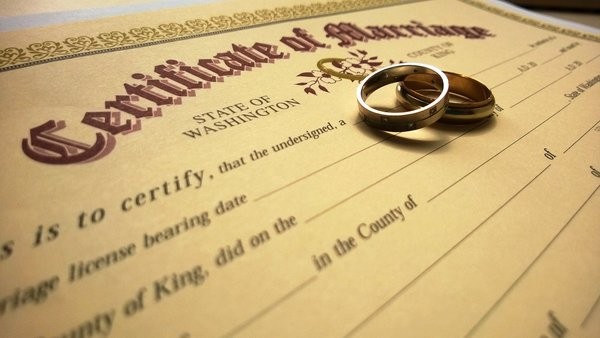 MONTGOMERY, Ala. (March 15, 2016) A bill that would abolish marriage licenses in Alabama and effectively nullify both sides of the contentious debate on same-sex marriage passed an important committee earlier this month and the full Senate today. If passed into law, the bill would essentially remove the state from the business of marriage.

Sen. Greg Albritton (R-Bay Minette) introduced Senate Bill 143 (SB143) in February. The legislation would abolish all requirements to obtain a marriage license in Alabama. Instead, probate judges would simply record civil contracts of marriage between two individuals based on signed affidavits.

“All requirements to obtain a marriage license by the State of Alabama are hereby abolished and repealed. The requirement of a ceremony of marriage to solemnized the marriage is abolished.”

The proposed law would maintain a few state requirements governing marriage. Minors between the ages of 16 and 18 would have to obtain parental permission before marrying, the state would not record a marriage if either party was already married and the parties could not be related by blood or adoption as already stipulated in state law. Under SB143, the state would record same-sex marriages.

Civil or religious ceremonies would have no legal effect upon the validity of the marriage. The state would only recognize the legal contract signed by the two parties entering into the marriage.

“A civil and independent or religious ceremony of marriage, celebration of marriage, solemnization of marriage, or any other officiation, or administration of the vows of marriage may be conducted or engaged in by the parties by an officiant or other presiding person to be selected by the persons entering into the marriage. The state shall have no requirement for any such ceremony or proceeding which, if performed or not performed, will have no legal effect upon the validity of the marriage.”
In practice, the state’s role in marriage would be limited to recording marriages that have already occurred. SB143 would essentially remove the state from the issue of marriage.
A similar bill introduced by Albritton passed the state Senate in 2015, but died in the House. Last year, Albritton told the Associated Press the intent of the bill was to remove the state from an issue it should have never involved itself with in the first place.
“When you invite the state into those matters of personal or religious import, it creates difficulties. Go back long, long ago in a galaxy far, far away. Early twentieth century, if you go back and look and try to find marriage licenses for your grandparents or great grandparents, you won’t find it. What you will find instead is where people have come in and recorded when a marriage has occurred.”
PRACTICAL EFFECT

First, it would effectively render void the edicts of federal judges that have overturned state laws defining marriage. The founding generation never envisioned unelected judges issuing ex cathedra pronouncements regarding the definition of social institutions like marriage and the Constitution delegates the federal judiciary no authority to meddle in the issue. Constitutionally, marriage is an issue left to the state and the people.

Second, the bill would limit the sates role in defining and regulating marriage, ending the squabble between factions seeking to harness the power of the state. This would remove the burden from government officials torn between the legal requirements of their jobs and their personal religious convictions. Since the Supreme Court ruling on same-sex marriage, a number of Alabama probate judges have refused to issue marriage licenses due to their religious beliefs.

By limiting the states role in marriage. SB143 would allow Alabamians to structure their personal relationships as they see fit without interference from the government or other people.

“Licenses are used as a way to stop people from doing things,” said Michael Boldin of the Tenth Amendment Center. “My personal relationship should not be subject to government permission.”

As a 2007 New York Times op/ed points out, for centuries marriage was a private affair.

“For most of Western history, they didn’t, because marriage was a private contract between two families. The parents’ agreement to the match, not the approval of church or state, was what confirmed its validity. For 16 centuries, Christianity also defined the validity of a marriage on the basis of a couple’s wishes. If two people claimed they had exchanged marital vows — even out alone by the haystack — the Catholic Church accepted that they were validly married.

In fact, state marriage licenses were used as a way to prevent interracial marriages. Later, the NYT story recounts, the licenses became necessary in order to subsidize the welfare state.

“The Social Security Act provided survivors’ benefits with proof of marriage. Employers used marital status to determine whether they would provide health insurance or pension benefits to employees’ dependents. Courts and hospitals required a marriage license before granting couples the privilege of inheriting from each other or receiving medical information.”

Something rarely considered by those seeking to control the state’s definition of marriage is that a marriage license means a person requires government permission before getting married. In America, people generally cannot drive a vehicle without a license. People cannot practice law without a license, nor can they provide medical care.

Put another way, under a licensing scheme, marriage is not a right, nor a religious institution, but a privilege granted by the state and limited by its requirements.

Consider this: In the same way a driver can lose their license if they break certain traffic laws, a man or woman, theoretically, could one day find their marriage license revoked for breaking certain “marriage” rules, whether it pertains to child rearing, or their religious and political convictions.

Christopher Wesley, an associated scholar at the Mises Institute, wrote that “marriage is most endangered when it rests in the coercive hands of the State.”