And So It Begins: Heart Transplant Patient Removed From Waiting List For Refusing Jab

The University of Washington Medical Center has taken a 64-year-old man off its transplant waiting list because he refuses COVID-19 vaccination, according to KTTH. 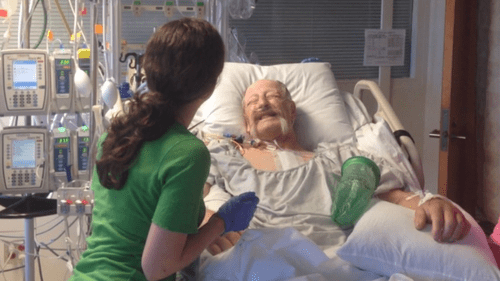 The man, Sam Allen of Monroe, was told in June that his heart transplant surgery was on the line over his refusal to take the jab after waiting in line for more than two and a half years. If he changes his mind, however, he could be added back to the waiting list for satisfying their “compliance concerns.”

He says three leaky heart valves impact the blood pumping into his lungs. Allen says it makes it difficult to breathe, which played a role in why he wouldn’t wear a mask. He previously underwent open-heart surgery, and he says his heart was damaged in the process. -KTTH

According to Allen, a doctor called him after a disagreement over mask use.

“The cardiologist called me and we had a discussion, and he informed me that, ‘well, you’re going to have to get a vaccination to get a transplant.’ And I said, ‘well that’s news to me. And nobody’s ever told me that before.’ And he says, ‘yeah, that’s our policy,” Allen told the the Jason Rantz show, adding that he later told the doctor he would not take the vaccine.

A few days later, he says he received a letter dated June 7, 2021 informing him that he’d been pulled from the United Network for Organ Sharing (UNOS) waiting list for a heart.

Allen sent a letter to UW Medicine in response to his denial, writing “I understand that my choices have repercussions but I did not change the policy. I am most put off, not by your decision to remove me from the list, thereby removing any opportunity to live out my life at a near-normal level, but by the lack of scientific logic that dictates your ‘policy,'”

He noted the side effects associated with the vaccine.

“As a person who has spent much time and money at UWMC as a heart failure patient, I am being told I cannot get care for my condition unless I take an injection that has shown to cause cardiac problems,” Allen wrote. “It seems that a wise choice would be to not make a panic move and run to get injected with the experimental gene therapy until more is known.”

In response, UW responded that “As your provider noted, they are happy to re-evaluate should you change your mind.”

Meanwhile, another vaccine-hesitant patient, Derek Kovic, told Rantz that he was informed that he’d also need the vaccine before he could receive a necessary liver transplant.

When reached for comment, hospital spokeswoman Susan Gregg said that they had just “recommend that all solid-organ transplant candidates be vaccinated against COVID-19.”

After she was pressed on the issue, Gregg changed her tune, writing “Our physicians make a determination regarding vaccine recommendations and requirements, including COVID-19 vaccination, based on the risk factors of the individual patient and degree of immunosuppression they will experience.”