Bitcoin Surge Explained and The Future Of Cryptocurrencies 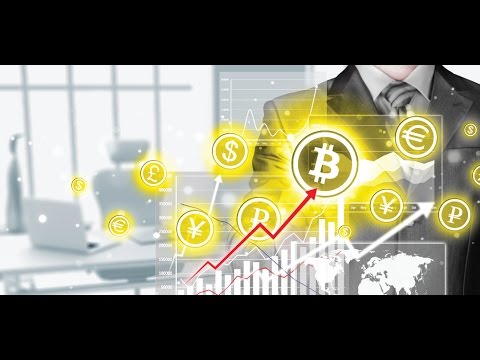 Bitcoin prices are soaring, and today Luke Rudkowski was joined by The Dollar Vigilante, Jeff Berwick, to discuss the Bitcoin surge and the future of cryptocurrencies.

The price of a Bitcoin broke $1,000 this week, and Berwick said he has been monitoring the cryptocurrency since 2011 when it was at $3. He said he was initially intrigued by the fact that Bitcoin is the first real free market money, aside from gold and silver.
“It can’t be controlled by governments or central banks, so I began covering it immediately in 2011 at $3, and made many millionaires through subscribers to the Dollar Vigilante,” Berwick said. “Even last summer, I covered it very heavily when it was around $200, and I said ‘this is your second chance to buy into it,’ and it has been soaring ever since.”
Berwick said he sees the rise in the price of Bitcoin as a reaction to the current state of the central banks, and the indebted governments around the world.
“The U.S. government is now just about to break $20 trillion in debt, going up massive amounts,” Berwick said. “We have Donald Trump about to come in, that’s causing a lot of confusion about what he might do. But he’s definitely talking about spending even more money, so the U.S. dollar will continue to collapse.”
Berwick described the current state as a “War on Cash,” pointing to India’s recent currency reset. He noted that today’s version of cash is nothing more than paper, and said he believes that in 20-30 years, we will look back on today and be amazed at the fact that we put so much value in paper money.
“Now all of  the government are so indebted that they have to move to negative interest rates,” Berwick said. “So once they move to negative interest rates, a lot of people will just take their money out of the banks and say, ‘Why would I keep my money in the bank if I’m losing 3 percent just be keeping it there?’ So they’re trying to get rid of cash now, and this is what’s causing a massive demand for Bitcoin.”
[Click here to check out the rest of the interview]
What do you think about Bitcoin? Let us know in the comments section!
If you want stay up to date with WeAreChange, and you want to learn more about how you can truly become the change you want to see in the world, check out or website and sign up for our newsletter!
You can also access exclusive content from We Are Change by contributing monthly to our Patreon.
Check us out on social media:

Get 10% off Jeff’s newsletter with promo code WRC here https://dollarvigilante.com/become-a-…

Get 10% off Anarcapulco Event with promo code WRC here https://anarchapulco.com/

And learn from Luke Rudkowski one on one in Mexcio for an intensive all day course where we will teach you not only how to have your voice heard online but also becoming the best version of yourself. https://anarchapulco.com/2016/09/09/w…

OH YEAH since we are not corporate or government WHORES help us out https://news4achange.com/donate

We take BITCOIN too
12HdLgeeuA87t2JU8m4tbRo247Yj5u2TVP