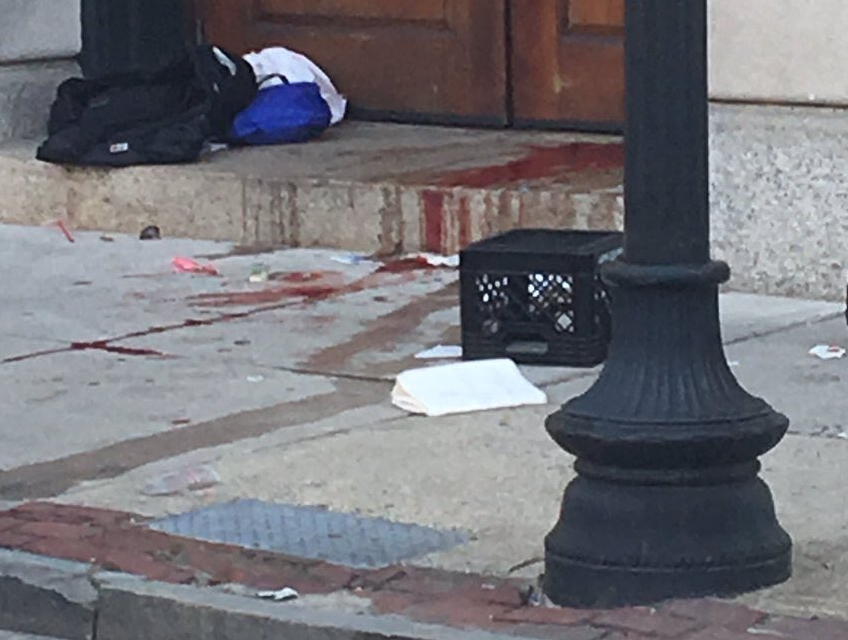 Police are searching for a suspect who shot two people in Lynn, Massachusetts, on Sunday afternoon — as police in Ohio continue their hunt for an active shooter in their city who livestreamed at least one of his murders on Facebook.

In Lynn, one victim was blind and the other was using a walker, both were male, but they have not yet been publicly identified. One of the men, who is reportedly a 46-year-old Lynn resident, has died from his injuries. The other victim is alive, but their condition remains unknown at this time.

Active scene in Lynn. 2 men in their 40's were shot. The shooter is on the run. The motive is unclear. @fox25news pic.twitter.com/qmXi0y11HT

The shooting comes as police in Ohio also continue their hunt for an active shooter who appears to have livestreamed his murders on Facebook.

In Ohio, police are searching for a man named Steve Stephens, who killed an elderly stranger earlier in the day. He also posted a video confessing that he had killed at least a dozen more people, and didn’t intend to stop until he was caught.

*NOT GRAPHIC* but here's the #ClevelandShooter casually talking about how he killed 13 people https://t.co/P6KW2LAU3E

Stephens is described as a 6’1 black male, weighing approximately 244 pounds. He also had a full beard at the time of the broadcasts. He was last seen wearing a dark blue and grey or black striped polo shirt and driving a Ford Fusion with a temporary license plate.

“We need to bring this to a conclusion today,” Cleveland Police Chief Calvin Williams told reporters during a news conference. “There is no need for any further bloodshed in this incident tonight,”

Maggie Green, Stephen’s mother, told CNN on Sunday that her son was “mad with his girlfriend that’s why he is shooting people and he won’t stop until his mother or girlfriend tell him to stop.”

Green claims that she had spoke to her son and told him to stop murdering people.

Police in Lynn have not yet released a description of the suspect in their double shooting.

People in both areas have been advised by police to stay indoors.