Boeing Just Patented A Force Field Made Of Lasers 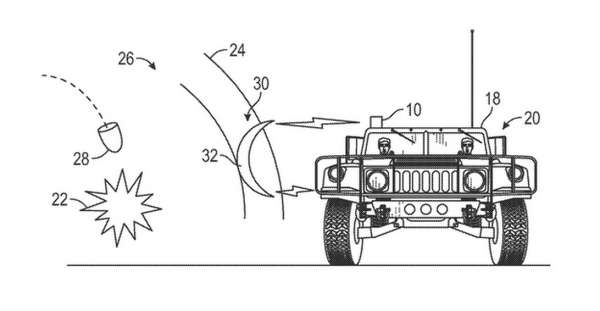 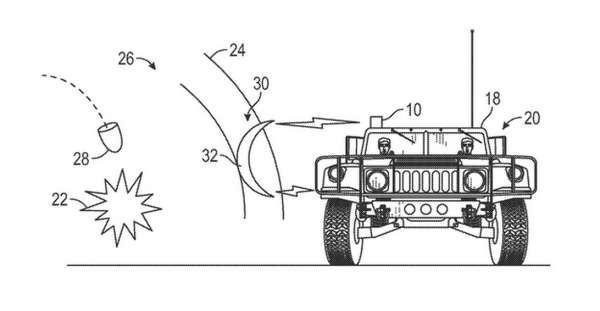 So, Boeing just patented a force field. Technically, the patent is for a “method and system for shockwave attenuation via electromagnetic arc,” but that’s just a long way of writing out something unbelievably futuristic: protective force fields may one day make their way onto the battlefields of the future.

The device as patented only protects against the shockwave of an explosion, but most of the vehicles it’d be mounted on are already armored enough to protect people inside from the shrapnel that comes with a bomb blast.

The concept uses a sensor to detect an explosion in water or air–say, an IED on the side of the road–then estimates the time and location of the explosion. Next, the signal from the sensor triggers a laser (or a blast of electricity or microwave energy) that heats up a section of air or water, creating a plasma shield in between the explosion and the vehicle. The plasma’s temperature and density help deflect and absorb the shockwaves from the explosion.

In the patent illustration, the force field protects a military HMMWV, but the design is written broadly enough that it can potentially protect everything from ships to submarines, offshore platforms, ground vehicles, buildings, and even humans.

For blasts of different magnitudes, calculating the size and strength of the force field may be tricky. For example, a lightly armored vehicle like a HMMWV might use the force field against a small explosion, while heavier-armored tanks and MRAPs could save their plasma blasts for only larger threats. The system will have a database of bomb explosion signatures so it knows just which strategy to use.