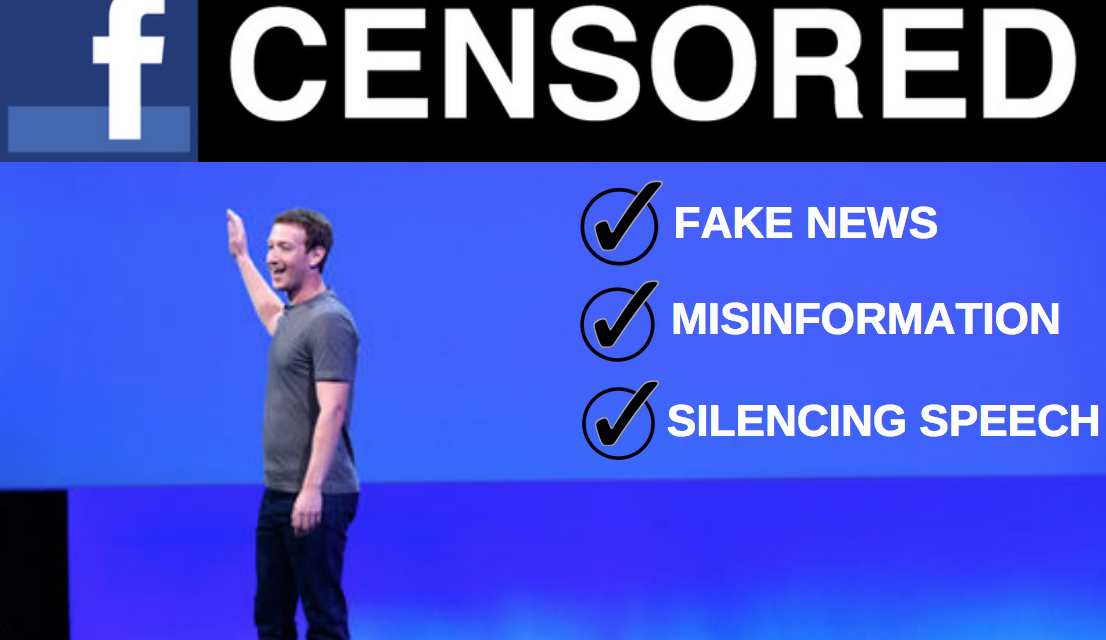 Back in December we wrote about the efforts of Facebook to combat the spread of “fake news” over social media with the introduction of a filter intended to flag ‘fake’ content so that users wouldn’t haven’t to go through the hassle of critically analyzing information on their own. As we noted at the time, it was a genius plan, except for one small issue: who determines what is considered “fake news” and how exactly do they draw those conclusions? From our prior post (see “Facebook Launches Campaign To Combat ‘Fake News’“):

The first problem, however, immediately emerges because as NBC notes, “legitimate news outlets won’t be able to be flagged”, which then begs the question who or what is considered “legitimate news outlets”, does it include the likes of NYTs and the WaPos, which during the runup to the election declared on a daily basis, that Trump has no chance of winning, which have since posted defamatory stories about so-called “Russian propaganda news sites”, admitting subsequently that their source data was incorrect, and which many consider to be the source of “fake news.”

Also, just who makes the determination what is considered “legitimate news outlets.”

Now, it seems as though the first confirmed victim of Facebook’s ‘fake news’ crusade may be none other than the Chicago Tribune, a newspaper that undoubtedly considers itself a “legitimate news outlet.”

The discovery was highlighted in an article written by the Chicago Tribune’s own Deputy Editor for Digital News, Kurt Gessler, who noted that a curious thing happened back in December when Facebook first changed up its algorithms to target fake news, namely their traffic crashed.  Per the chart below, the typical Tribune post went from attracting the interest of 30-35k people down to 15-20k people in a matter of months. 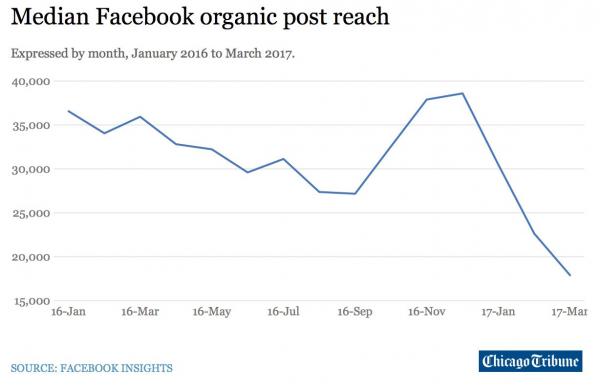 Meanwhile, the number of Tribune articles shared over Facebook that reached less than 10,000 viewers (i.e. the “duds”) skyrocketed while the number of highly successful articles, those reaching 50,000+ people, simultaneously plunged. 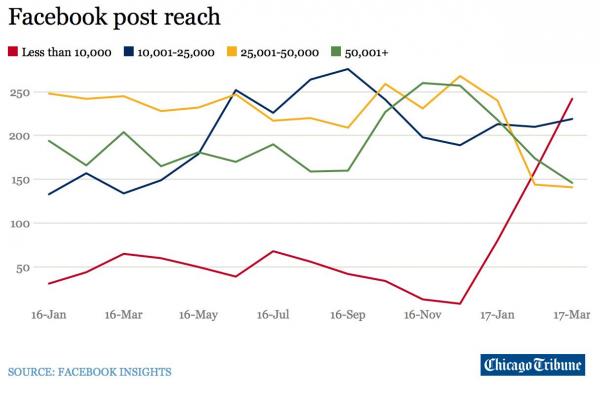 So, either the Chicago Tribune suddenly started producing a lot of garbage that no one wanted to read, which just happened to coincide with the implementation of Facebook’s new “fake news” algo, or the media outlet was pumping out content that Facebook suddenly figured to fit the definition of ‘fake’.

Certainly, the issue couldn’t be attributed to a loss of followers… 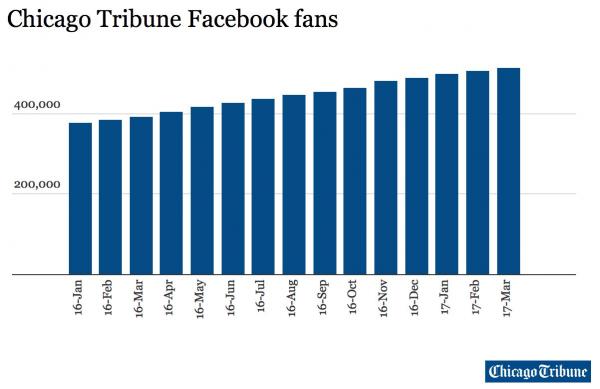 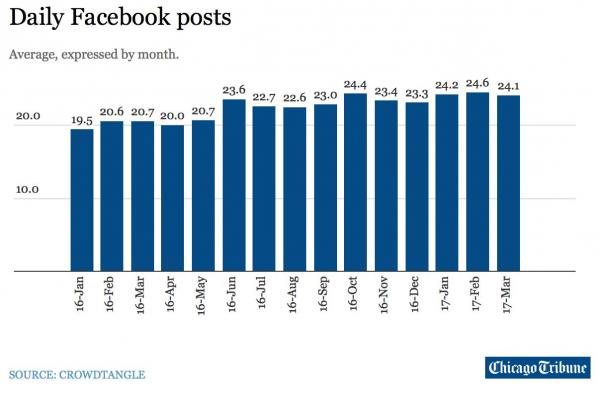 Perhaps Facebook’s algos are better at identifying “fake news” than we thought.