From perfectly-natural Chinese bat-soup to American bio-engineered depopulation bombs, the origins of COVID-19 (Kung Flu, the Chinese Virus, CCPandemic, or whatever name is no politically-correct) remain a riddle, wrapped in a propagandized mystery, inside an increasingly opaque enigma of facts and fallacies.

However, one thing seems clear, as The Epoch Times specifically noted, the rumors aren’t by accident and are a one-way street from Chinese officials mouths to western media’s ears: The CCP has been actively engaging in a disinformation campaign, and media outlets around the world have parroted the propaganda. As a result, entire nations have been operating under false information as they try to battle the pandemic within their borders.

Many countries have accepted China’s narrative and “they’re getting duped,” Joshua Philipp said.

And just in case you were in any doubt about China’s efforts to hide the truth – whatever that truth may be – none other than the western establishment’s most righteous mouthpiece, The Guardian, is reporting that mass deletions of online research related to the origins of the coronavirus suggest China’s efforts to control the narrative are escalating wildly:

China is cracking down on publication of academic research about the origins of the novel coronavirus, in what is likely to be part of a wider attempt to control the narrative surrounding the pandemic, documents published online by Chinese universities appear to show.

Two websites for leading Chinese universities appear to have recently published and then removed pages that reference a new policy requiring academic papers dealing with Covid-19 to undergo extra vetting before they are submitted for publication.

Research on the origins of the virus is particularly sensitive and subject to checks by government officials, the notices posted on the websites of Fudan University and the China University of Geosciences (Wuhan) said. Both the deleted pages were accessed from online caches.

From the beginning, the CCP has not been forthcoming:

“We don’t know what’s there, but the fact that the Communist Party is covering this up should trouble us deeply,” China affairs columnist Gordon Chang said.

Additionally, Prof Steve Tsang, director of the SOAS China Institute in London, said the Chinese government had had a heavy focus on how the evolution and management of the virus is perceived since the early days of the outbreak.

“If these documents are authentic it would suggest the government really wants to control the narrative about the origins of Covid-19 very tightly,” said Tsang of the reports of new regulations.

It goes deeper, however, as  a separate document obtained by the Guardian, which could not be independently verified, appears to be from the Renmin Hospital of Wuhan University and also said publication of research into the origins of Covid-19 would need approval from the science and technology ministry.

Another notice, which appears to have been published on 9 April by the school of information science and technology at Fudan University in Shanghai, called for “strict and serious” management of papers investigating the source of the outbreak.

A source who alerted the Guardian to cached versions of the websites, and who spoke on the condition of anonymity, said they were concerned by what appeared to be an attempt by Chinese authorities to intervene in the independence of the scientific process. The person said researchers submitting academic papers on other medical topics did not have to vet their work with government ministries before seeking publication.

A technical analysis of the cached websites indicated that the posts were published on verified university websites before they were removed.

“Where the coronavirus originated is becoming more and more political…”

Finally, this escalation is notable in the context of comments from now outspoken China critic Kyle Bass, who tweeted:

“Secretary Xi is in trouble within China. According to my sources within, the party elite want Xi gone. The Guangdong elite (Uncle Deng’s family) are beginning to rattle the cages of change against the supposed ’emperor for life’. #XiJinping #china #ChinaLiedAndPeopleDied” 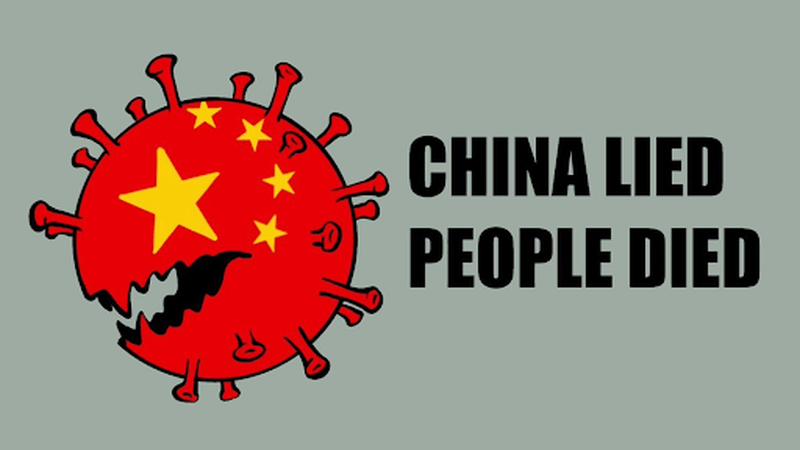 And, to be brutally frank, if China is now anxiously deleting (or banning before issuance) any research on the origins of the deadly pandemic, it appears to be pretty clear what those origins are likely to have been… no matter how many people get permanently banned from social media for mentioning such a blasphemy.

“There is a desire to a degree to deny realities that are staring at us in the face… that this is a massive pandemic that originated in a place that the Chinese government really should have cleaned up after SARS.”