David Icke And The Frequency Of Consciousness 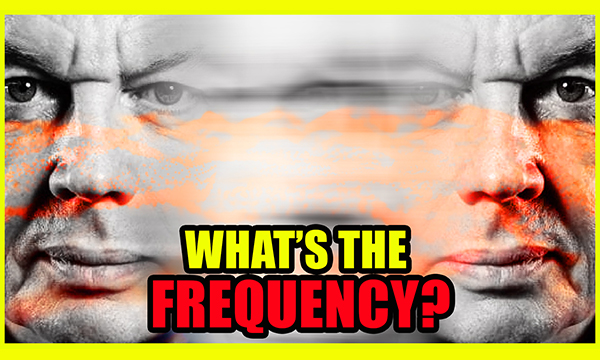 In this video, we give you another piece of our in-depth interview with David Icke about a host of issues including consciousness.

Parts of the brain.

Levels of reality that all be on.

We had a different conversation about kind of Ayahuasca and DMT.

There’s a radio host saying right now that Ayahuasca and DMT are pushed by the CIA is it like they did in the hippies movement to make you connected to demonic entities and personally you know when it comes to a lot of individual experiences that you know I had myself we kind of had a similar one where we talked about it before it was it was very eye-opening was very seeing but I’m kind of questioning if it’s know the right thing to kind of open up where there were supposed to know we’re not knowing if this is even kind of the two two worlds that you were talking about before do you kind of see it that way because it makes me question his kind of bigger kind of spirituality thing and if it’s you know the right thing to do because I’m one had you know you have people saying it’s bad it’s the Demonic entities on the second have an incredible experience that changed your life for the better and they’re completely changed human beings who aren’t filled with hate anymore who aren’t filled with fear anymore because of it. Really here and I kind of want to get your kind of stance on this bigger debate of the kind of psychedelics and.

We live in a band frequency.

Is the frequency that our senses into this reality and it’s tiny.

Sub said many times before 5% of what.

Another Story Another Day but I say that that is not an accident that’s that’s being manipulated.

What week will pass.

I’m so that we are only Dakota tiny Bender frequency any basic Lisa frequency.

The five cents world of the senior actually.

Hourly interacting in in a in a conscious way.

They have shunned in more recent times.

That there is something cool brain plasticity.

Play Soul for a long time that once the brain was full and then that was it the brain.

The way it is.

I was just very quick aside.

I mean in English movie times.

This Technology’s come in this small technology.

You just given the human brain.

This is why it’s so effective what is watching some what is depression.

The underworld of the five senses he’s going to basically.

Wire itself through neural networks.

Process information within a panda frequency.

What is happening to lots of people that more more than I’ve ever known.

There is some kind of Awakening going on and I asked you why show Perception is awake and you start to question you start to see things you can see the. President so you stopped to perceive the world very differently time you did before.

When when when the brain was just decoding.

Parts of the brain.

Levels of reality that all be on.

What does he open to you know I said about.

They don’t take you to somewhere else they take it away already all but a different.

So if you are in a real.

Can you take this.

You go to a frequency expression beyond the world of the scene that relates to.

If you are in a more high-frequency study.

When you take the stuff it will take you to a high frequency.

And so some people will have.

They will have demonic experience.

Another people will have one.

Cuz it takes you to where you already are very important when we talk about.

Consciences are when its leaves the body of death the great line.

Raise your frequency State doesn’t suddenly change when you.

That we draw from the body it’s the. Frequencies died so you know at where we move on Tuesday to tell you by frequencies.

Because your perceptions are frequencies.

Is a frequency is a very dense.

What what what is it not doing it.

It’s a it’s a prison a low-frequency state is a natural frequency prison.

Could you call proceed Beyond it.

Who are in the states of hate subject by the way have you seen the face on some of these Auntie haters.

The hate on they face is unbelievable.

I don’t have self-awareness actually say.

It’s my teeth me in it if you don’t look in the mirror someone else is always to blame.

Is that they open you up.

What they open you up to you sound the Way You Are.

And that’s why you have the difference and you know I’m not advocating people take the stuff I’m at The Advocate.

And then there’s been many scientific kind of research experiments documents showing the kind of frequency of Hayden and how it’s made.

These different states of being.

You can get people into doing.

And it will manifest what frequency represent.

In this case rage.

Now they’re in a state of Rage they don’t know why they aren’t.

You said before something that resonated with me it’s a simple Choice fear or love and I think that choice of becoming very very apparent personally me a message and expression of love and had a good positive experience but thank you for kind of breaking it down that way because because I have been not really talking about it or advocating for it because as you said some people have very negative experiences on it because of where they’re at and I think it’s in the same room.