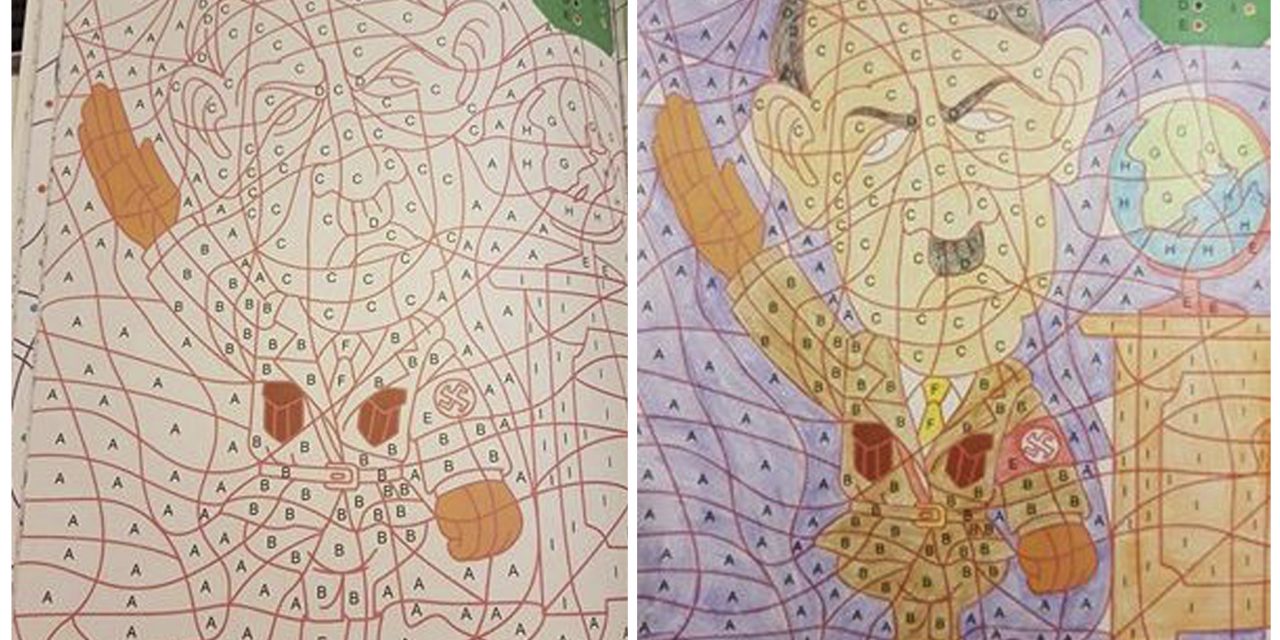 The depiction was complete with a red swastika armband.

Kruidvat, the drugstore chain, issued an apology on their website and asserted that they have pulled all the remaining coloring books from their shelves.

The coloring book publisher has also issued a statement explaining that they are investigating how the image ended up in the book, “despite various checks of the content.”

It is unknown how many of the coloring books were sold to families looking for a child-friendly activity.

In 2009, the US Federal Emergency Management Association (FEMA) also faced backlash after publishing a downloadable coloring book about the terrorist attack on New York’s World Trade Center on September 11, 2001. The book was published in 2003, but went largely unnoticed until a media frenzy in 2009.

The book was titled “A Scary Thing That Happened,” and featured one of the buildings on fire as another plane approached the second tower. The images were drawn by a 68-year-old grandmother in Minnesota.

On the 12th page of the coloring book, the image of an exploding building and an airplane about to crash is depicted three times: through a window, on a television screen and in a newspaper.

“You might hear about it again and again on the TV or radio or read about it in the newspaper,” the page reads.

Those who produced the book claimed that it was an attempt at helping children make sense of a horrific disaster.