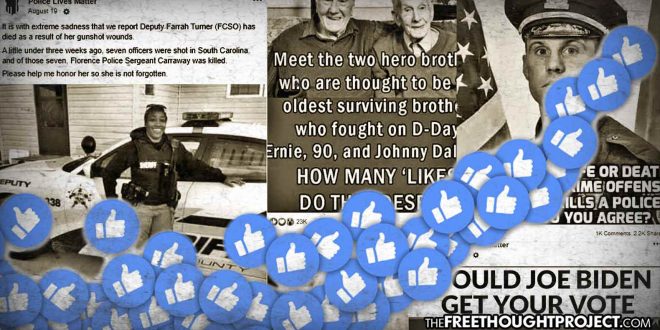 As these fake pages continue flourish, Facebook continues its crackdown, and in July, they removed Police the Police 2.0, our page we created after the original purge. The only statement given for the latest purge was the following: “It looks like recent activity on your Page doesn’t follow the Facebook Page Policies. If you think your Page was unpublished in error, you can appeal and we’ll take another look.”

We appealed. No dice.

The implications of such a move to censor those who expose the police state are disturbing, to say the least. Before it was deleted last year, Police the Police was the largest police accountability group on the internet. Now, despite making back a lot of that ground, it is no longer. When we couple this purge of activist pages with the fostering of fake police worshiping pages, a troubling picture is painted.

One such fake page was recently exposed for operating out of Kosovo. It was called “Police Lives Matter” and it had amassed 170,000 followers. Many of their posts were given the golden algorithm by Facebook and reached millions. And, they were not telling the truth at all. 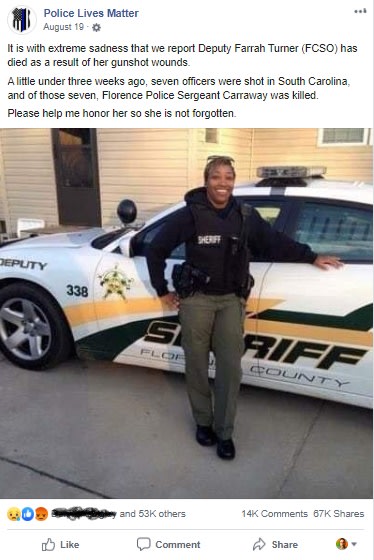 The group was misrepresenting police officer deaths for the sole reason of garnering likes and shares. As Popular Info pointed out in a recent article:

These pages used blatant misinformation to provoke an emotional response from Facebook users. For example, on August 19, 2019, the Police Lives Matter page posted that “a little under three weeks ago” Deputy Farrah Turner had been shot and had just died of gunshot wounds. Turner was actually shot on October 3, 2018, and died on October 24, 2018.

Nevertheless, the Facebook algorithm blew this post up as it received over 57,000 shares and 53,000 reactions. Anyone who has a Facebook page knows that this amounts to tens of millions of views.

We want to make it perfectly clear, before going on, that we are not advocating for the censorship of anyone, including someone in their mother’s basement in Kosovo. What we are doing here is pointing out how Facebook is censoring actual real pages who conduct real interviews with victims of police brutality and expose corruption within government while granting a golden algorithm to a page that is lying its posts to promote police state worship.

This algorithm is far more than just golden too. In fact, this page with just 170,000 followers bests the reach of other pages like Buzzfeed, Vox, and Bloomberg, who all have well into the millions of followers. See the chart from Popular Info below. 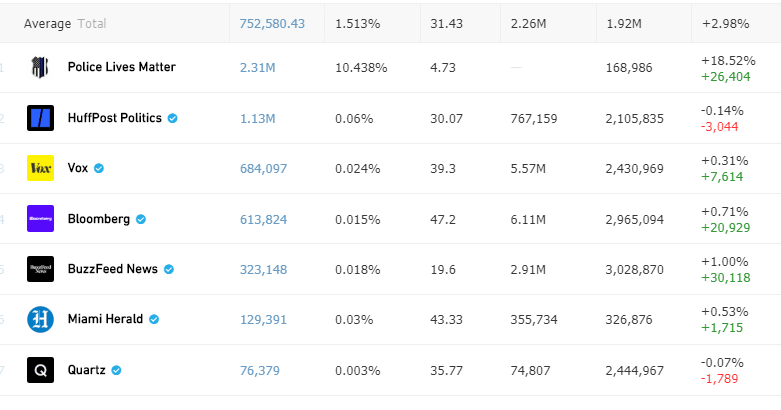 As Popular Info points out, in a speech last week, Facebook’s Vice President of Global Affairs and Communications, Nick Clegg acknowledged the company “made mistakes in 2016? that allowed foreigners ” to interfere with the election by spreading division and misinformation.” But Clegg said that Facebook had “learned the lessons of 2016” and “spent the three years since building its defenses to stop that happening again.”

Certainly they wouldn’t let that happen again, write? Well, these posts from a page with admins in Pakistan, Puerto Rico, and Suriname certainly say otherwise. 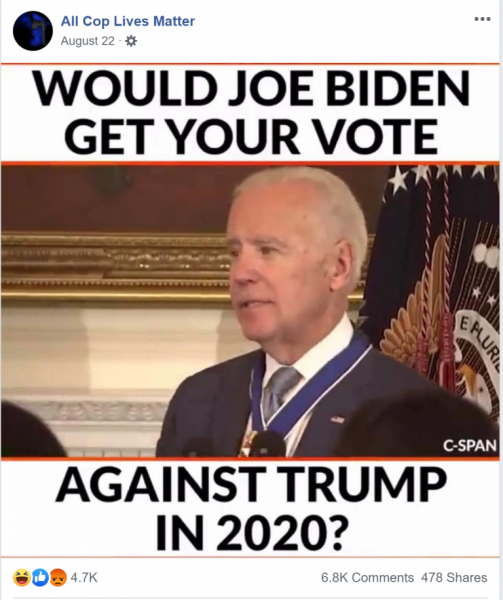 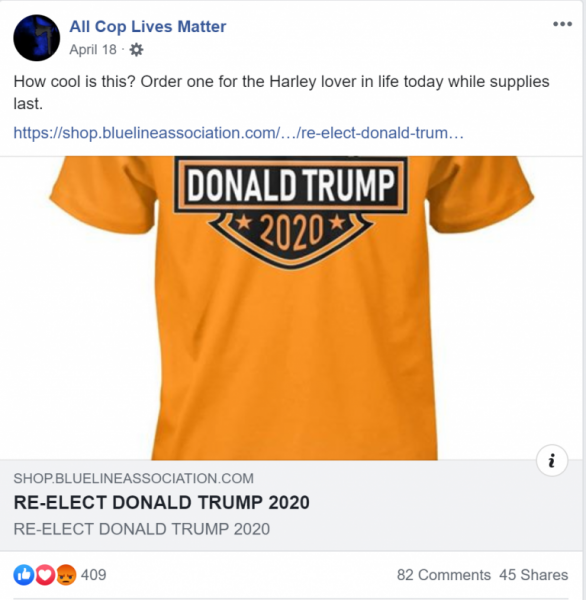 Clegg also claimed that there are 30,000 Facebook employees working around the clock “to take down harmful content.”

However, we have no idea what they are doing except censoring very real content. The end result of such an operation appears to consist of little more than propping up divisive pro-establishment content disseminated by foreign actors while stifling the reach of government accountability pages.

It’s not just this one page either. The Free Thought Project conducted its own investigation into these pro-police disinformation pages running out of foreign countries and we found more than a dozen of them, with a total number of followers upwards of a million. 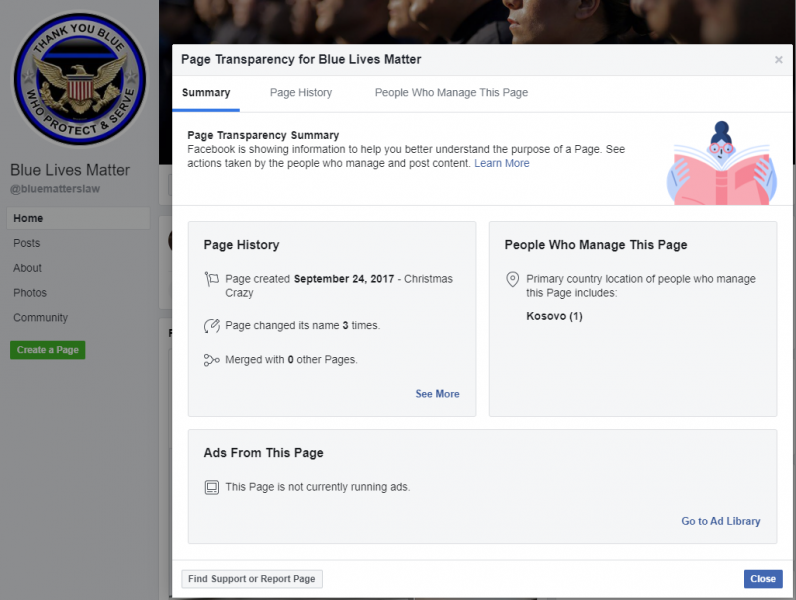 Many of the pages are run out of Kosovo, while we’ve seen others with admins from Pakistan, Kenya, Philippines, India, and Vietnam. All of these pages are essentially the same in theme with names like Blue Lives Matter, Back the Blue, Support Our Police Officers, and Thin Blue Line Heroes.

Laughably, the page Blue Lives Matter, who claims in their banner that “we are the thin blue line,” is run by 8 people from Vietnam.

Again, it is important to point out that we are not calling for the censorship of anyone here. But it is clear that Facebook, who continues to claim that they are fighting disinformation and foreign actors, are actually just censoring content they disagree with or that challenges the status quo—actual truth be damned.

Republished from TheFreeThoughtProject.com with permission