Mark Zuckerberg has clearly had enough of being hauled in front of Congress and hectored by a gang of senior citizens and listening to the head of the ACLU slam his company as a vessel for violent hate speech. Because over the past few months, Facebook has done a complete 180 on its position about speech, particularly sensitive political speech. Zuckerberg has apparently been shaken from his non-interventionist approach by announcing that FB wouldn’t accept new political ads during the last week of the campaign, and just yesterday announcing that Facebook would crack down on holocaust deniers on its platform.

The company has also launched salvos against QAnon and election-related misinformation, while taking an aggressive approach toward political advertising, and political content in general.

And as global authorities struggle to convince the public that an eventual COVID-19 vaccine will be safe to take despite the expedited approval process, Facebook has decided to give them a hand by banning all content encouraging users to refuse to take a vaccine. It laid out the new global policy in a blog post published Tuesday.

“Now, if an ad explicitly discourages someone from getting a vaccine, we’ll reject it,” the company’s Head of Health Kang-Xing Jin and Director of Product Management Rob Leathern said in a blog post Tuesday.

Facebook will draw the line at allowing users who advocate against “mandatory vaccination,” which the company said was a legitimate political position (not an argument made in “bad faith” that some on the left insist), to post as normal. They cited an example of a state lawmaker from Virginia who posted “STOP FORCED CORONAVIRUS VACCINATIONS.” 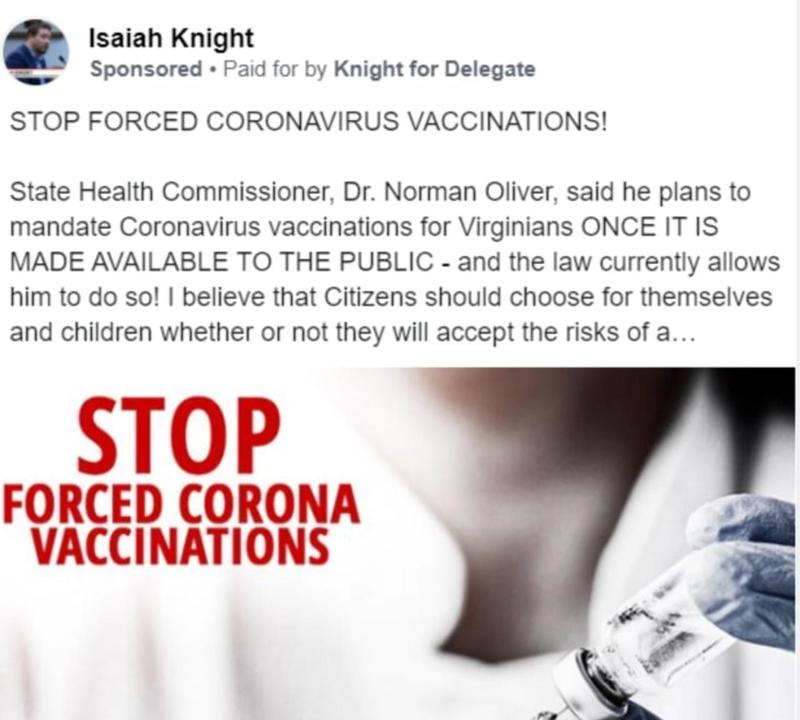 While the above ad will be allowed under the new rules, ads that explicitly discourage people from taking vaccines by portraying the vaccines as ineffective or unsafe will be banned.

“If an ad that advocates for/against legislation or government policies explicitly discourages a vaccine, it will be rejected,” a spokesperson wrote CNBC. “That includes portraying vaccines as useless, ineffective, unsafe or unhealthy, describing the diseases vaccines are created for as harmless, or the ingredients in vaccines as harmful or deadly.”

Facebook also plans to push directions for all people about how and where to get the flu vaccine.

The timing is no coincidence. In a recent research note, analysts at Goldman Sachs wrote that trust in the vaccine could be a serious barrier to its ultimate eradication. “We think that the biggest challenge to ultimately lowering the disease burden and virus circulation to very low levels will be convincing the broad population to take the vaccine. Our base case assumes such broad uptake but this will likely require a safe and very effective vaccine, trust in the approval and rollout process, no out-of -pocket costs, and effective public and community campaigns.” 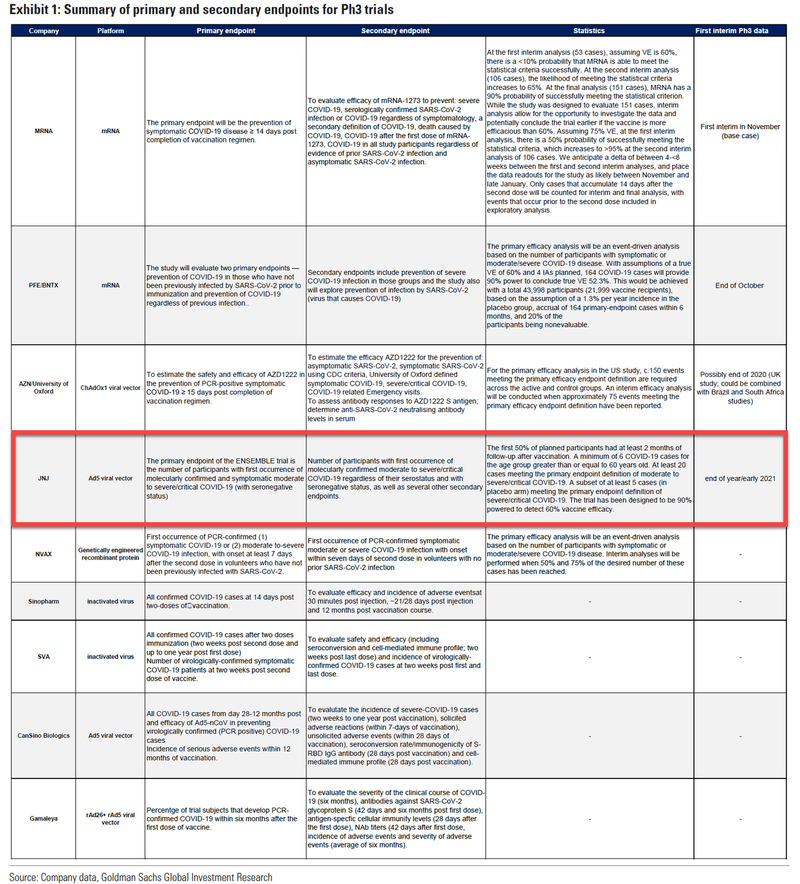 And news about JNJ’s latest halt has certainly not been encouraging, especially since the public still hasn’t been informed about whatever is going on with the halted AstraZeneca-Oxford trials in the US.

As we have noted, Facebook’s decision comes as Bill Gates questions the legitimacy of Trump’s FDA, and Kamala Harris tells the American people that she “wouldn’t take” a Trump-approved vaccine.

Would that be banned?