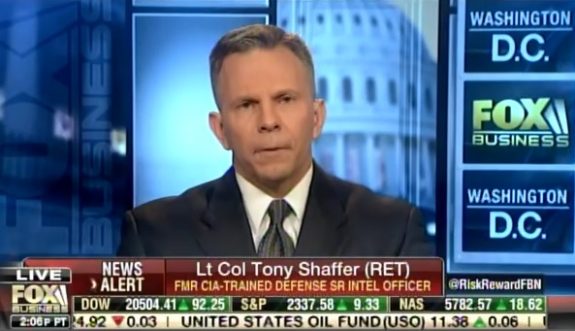 The “political appointees” in the intelligence community knew exactly what they were surveilling for, former CIA officer Col. Tony Shaffer told Fox News, adding that the case is “much worse than Watergate by an order of magnitude.”

While Trump was not physically wiretapped, with a wire into his phone, Shaffer said the “basic fundamental idea and claim is true.”

“Clearly they were after gossip because it was political,” Shaffer said, maintaining that the alleged wiretap had nothing to do with Russia.

Due to the simplicity required to “mask” an American’s name during an incidental wiretap, Shaffer said that the leak of Gen. Michael Flynn’s name was “accidental on purpose.”

Even if the surveillance was done legally, Shaffer exclaimed that whoever is responsible for the “unmasking” of Americans’ names and the leaking of the information are felons.

With Comey and Rogers facing “closed sessions”, and Trump looking for a win, we can’t help but think something substantial looms for the leakers just ahead.

Of course, the biggest dilemma for exposing the leakers is the confirmation of what we already know to an even wider audience of deniers – that Snowden, Binney, et al. are 100% correct and the surveillance state’s all-seeing eye is everywhere and far beyond government control. (just remember it’s for your own good).

This article first appeared on ZeroHedge.com and was authored by Tyler Durden.Watch the latest video at &lt;a href=”http://video.foxnews.com”&gt;video.foxnews.com&lt;/a&gt;