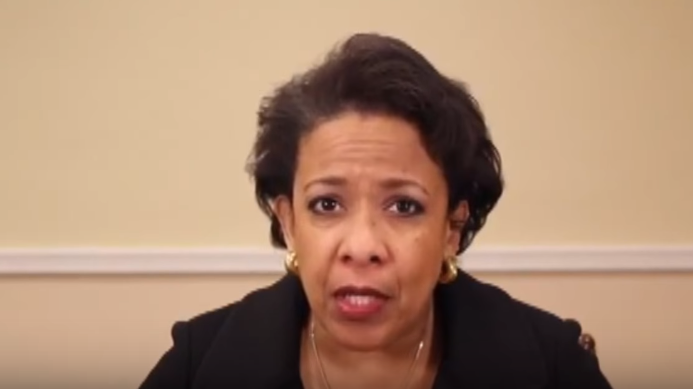 In what looks like the ranting of a cult leader, former Attorney General Loretta Lynch appears to be encouraging the violent riots that have broken out after the election of President Donald Trump – and calling for more violence.

In a new video, Lynch praised, “Individuals who have banded together…they marched, they bled, yes, some of them have died….We’ve done this before, we can do this again.”

Despite it’s psychotic tone and violent message, the video not only wasn’t disavowed by Democrats, it was actually posted on the Senate Democrats Facebook page.

Lynch claimed people are experiencing “great fear and uncertainty,” and claimed “our rights [are] being assailed” without offering any evidence. Trained hypnotist and author Scott Adams has written extensively over the past year and a half about the use of psychology in politics. For example, Adams has explained the media’s extensive use of the word “dark” regarding President Trump is designed to inspire fear, and Lynch’s words appear similarly chosen.

The effect of leftists like Lynch encouraging political violence, such as the infamous “Punch a Nazi” campaign that demonized all supporters of President Trump, has been – shockingly – more political violence.

In Berkeley over the weekend, the left-wing domestic terrorists called “Antifa” launched another all-out assault on Trump supporters, while police again largely stood down and allowed the violence. 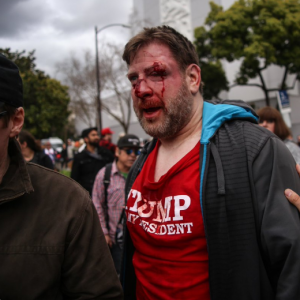 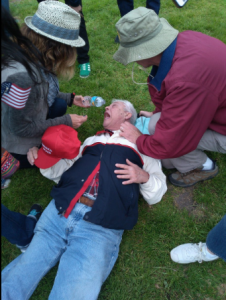 While Lynch apparently calls for more violence, popular author Mike Cernovich warned of the consequences of leftists continuing to act like an unruly mob. 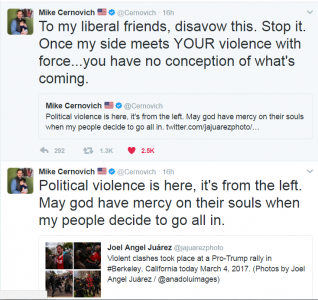 Activists on the right are already gearing up for the expected attacks of violent “Black Bloc” Antifa agitators, as one Trump supporter at Berkeley came prepared with a shield and long stick.

Why is Lynch seemingly encouraging this escalation of violence?

After taking over for Eric Holder as Barack Obama’s attorney general in 2014, Lynch is best known for meeting with Bill Clinton last year during the FBI investigation of his wife, Hillary Clinton. Lynch claimed her conversation with Bill Clinton had nothing to do with the FBI’s investigation into his wife’s illegal private email server and the potential charges she faced. Lynch was also the prosecutor assigned to the banking scandal in 2012 where HSBC was accused of money laundering for terrorists and drug cartels – but no officials were charged or prosecuted by Lynch.

With President Trump promising to drain the Washington D.C. swamp of corruption, and reportedly pushing for the arrest of previously protected criminals like the many recently arrested pedophiles nationwide, perhaps Lynch and her fellow politicians are most worried that the new Trump administration will lead to their own incarcerations.