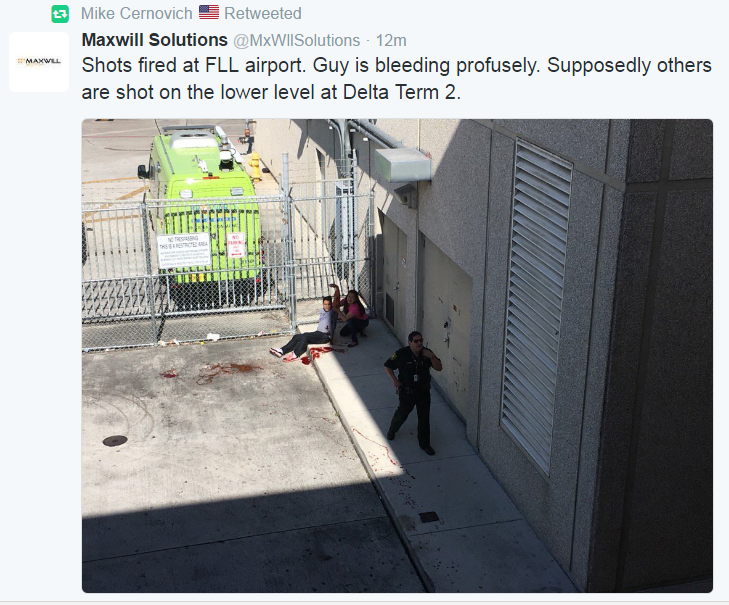 UPDATE: Jan. 6, 2017, 7:45 p.m. Eastern: Esteban Santiago, the suspect in a shooting at the Fort Lauderdale-Hollywood International Airport, reportedly arrived on a Delta Air Lines flight before gunfire broke out on Friday.

CBS Miami reported that police apprehended the suspect “without having to fire their own weapons when he apparently ran out of bullets,” and then “threw down his firearm and laid down on the floor,” according to witnesses.

Jan. 6, 2017, 6 p.m. Eastern: According to law enforcement, the gunman has been taken into custody. Police also claim the suspect had brought the firearm in his checked luggage.

According to Fox News, the suspect Estaban Santiago, 26, has a minor criminal history and was honourably discharged from the National Guard. AirCanada has said they can confirm that no passenger by the name of Esteban Santiago, or checked guns, were on any of their flights to Fort Lauderdale.

Furthermore, the airline expressed their condolences over the tragedy saying “we are deeply saddened by the events that occurred at the airport in Fort Lauderdale Terminal 2 today.”

(We Are Change) — A mass shooting has been reported at the Fort Lauderdale Airport in south Florida. The shooter, who said nothing during the massacre, was reportedly wearing a Star Wars shirt and appeared to be a man in his 20s.

At least eight people have been wounded, at least 5 are dead. 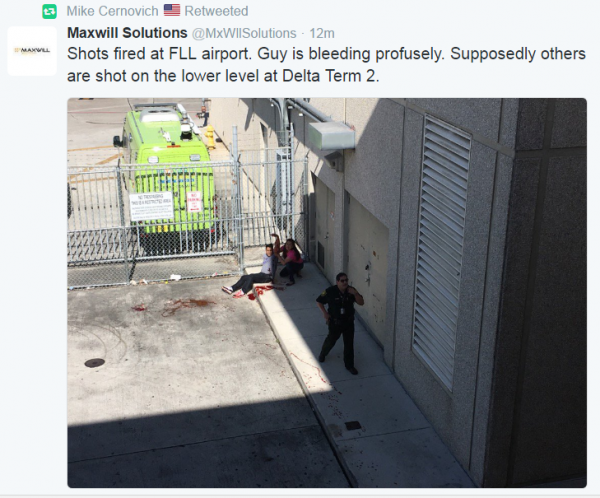 Mike Cernovich reported, “Seven people may have been shot at Fort Lauderdale airport, shooter is in custody, airport locked down. Story developing.”

“I’m at the Ft. Lauderdale Airport. Shots have been fired. Everyone is running,” tweeted former White House press secretary Ari Fleischer. A second Fleischer tweet states, “All seems calm now but the police aren’t letting anyone out of the airport – at least not the area where I am.”

NEW: In Nov. 2016, FLL suspect walked into FBI office in Anchorage, claiming he was being forced to fight for ISIS, sources tell CBS News.

This is a developing story and will be updated as more details come in.