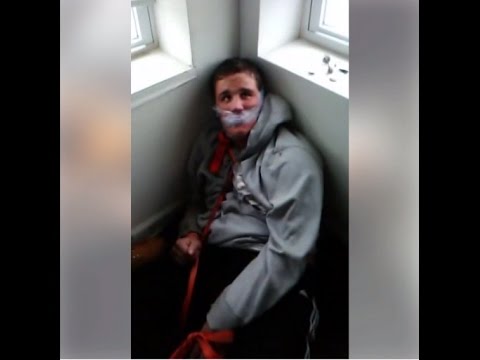 Four people have been taken into custody in Chicago after apparently kidnapping and torturing a special-needs man they claimed supports Donald Trump.

The hate crime was live streamed to Facebook yesterday. The video captured below is from that live stream. It is graphic and disturbing.

The mainstream media has been saturated with hate crime hoaxes attempting to depict Trump supporters as KKK members and Neo-Nazis.

Will the media cover this insane real story, or expose their bias and ignore this actual and shocking hate crime?

Investigators are looking into a Facebook live video showing a group of people holding a young man hostage. Chicago police tell FOX 32 that four people are currently in custody.

The victim is repeatedly kicked and hit, his scalp is cut, all while he is tied up with his mouth taped shut. Community activist Andrew Holmes was made aware of the disturbing video.

FOX 32 was told the young man is now at a hospital being treated for his injuries. No charges have yet been filed.

Four people have been taken into custody in Chicago after apparently kidnapping and brutalizing a man they claimed supports Donald Trump.

There is no mention of terrorism or it being a hate crime in the local news reports, and charges still have not been filed against the depraved criminals.