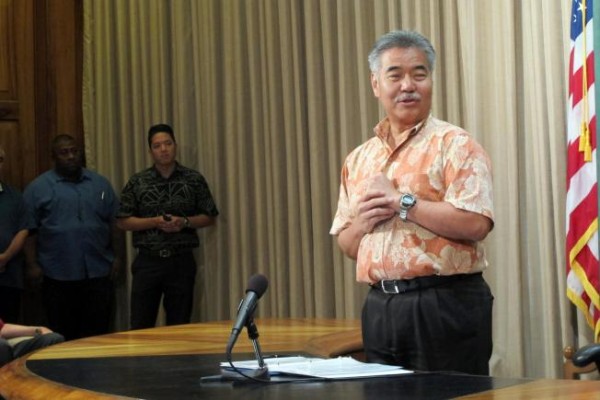 HONOLULU (AP) — Hawaii’s governor has signed a bill to make his state the first to raise the legal smoking age to 21.

The measure aims to prevent adolescents from smoking, buying or possessing both traditional and electronic cigarettes. Gov. David Ige signed it into law Friday.

“Raising the minimum age as part of our comprehensive tobacco control efforts will help reduce tobacco use among our youth and increase the likelihood that our keiki will grow up tobacco-free,” said Ige, using the Hawaiian word for children.

In Hawaii, 86 percent of adult smokers began smoking before age 21, according to the governor’s office.

“I think it’s going to have a tremendous impact,” said Jessica Yamauchi, executive director of the Coalition for a Tobacco-Free Hawaii. “By really limiting the access it will really help to curb the prevalence.”

But opponents say it’s unfair that a veteran returning from military service who risked his or her life serving the country could be prevented from lighting up.

Those caught breaking the rules would be fined $10 for the first offense, and later violations would lead to a $50 fine or mandatory community service.

The bill goes into effect on the first day of 2016. Until then, the state Department of Health will reach out to retailers and post signs to educate the public about the law.

“This allows us to put one more impediment to people smoking too much,” Ige said.

Copyright 2015 The Associated Press. All rights reserved. This material may not be published, broadcast, rewritten or redistributed.