Jared Kushner: From Son Of A Fellon To A President’s Senior Adviser 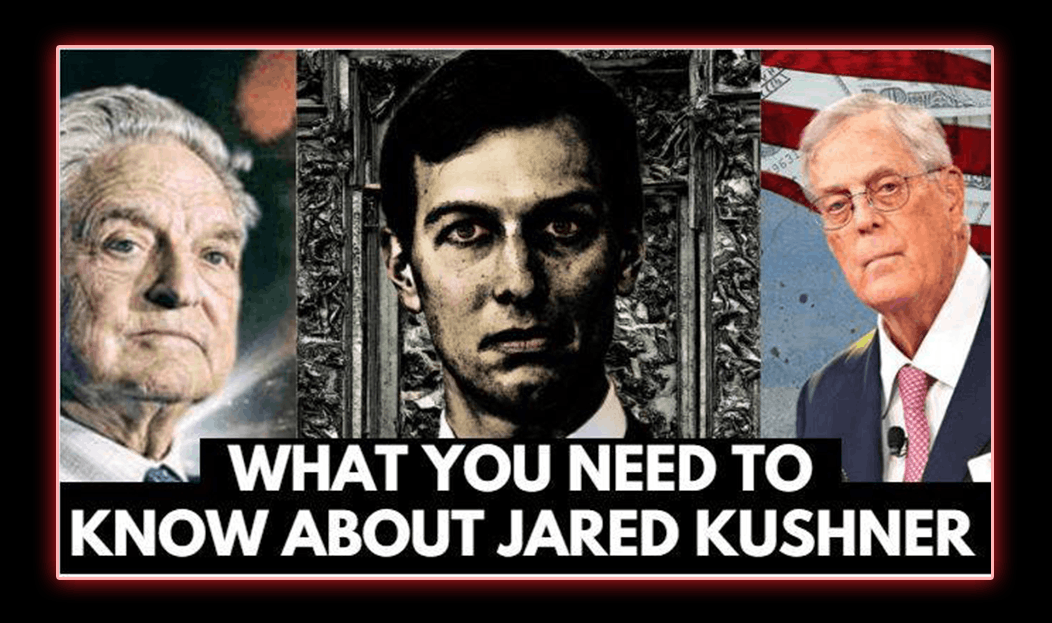 In this video, Luke Rudkowski of WeAreChange gives you the latest breaking news on Donald Trump sending Jared Kushner, his son in law and White House senior adviser on an important political trip to the Middle East.

We’ve all heard a lot about Jared Kushner since he became Donald Trump’s adviser but how did he come to attain this powerful position? Let’s take a look at the life of Jared Kushner and see how he became a real estate titan, then a media mogul and now the president’s right-hand man.

Trump and Kushner have a few things in common too; both come from families who have successful businesses. Kushner was born, January 10, 1981, to a wealthy real-estate developer in New Jersey. Trump was born near by in the New York City borough of Queens. Trump followed in the footsteps of his paternal grandmother Elizabeth Christ Trump and father Fred Trump in running the family real estate company.

Kushner is the grandson of Rae and Joseph Kusher who are survivors of the Holocaust.

Donald Trump worked for Elizabeth Trump & Son while attending the University of Pennsylvania and in 1968, officially joined the company. He was given control of the company in 1971. One of his first acts was to rename the company The Trump Organization.

Kushner graduated from Harvard in 2003 with a Bachelor of Arts degree in Sociology. In 2007 he graduated from New York University with dual JD/MBA degrees.

Kushner Companies is an American multibillion-dollar real estate developer and lender, in the New York City metropolitan area. The company was founded by Charles Kushner, father of Jared. Charles was convicted of tax evasion and witness tampering in 2005 and served time in federal prison. As a result he handed over the management of the company to his son Jared Kushner who was still in his twenty’s. 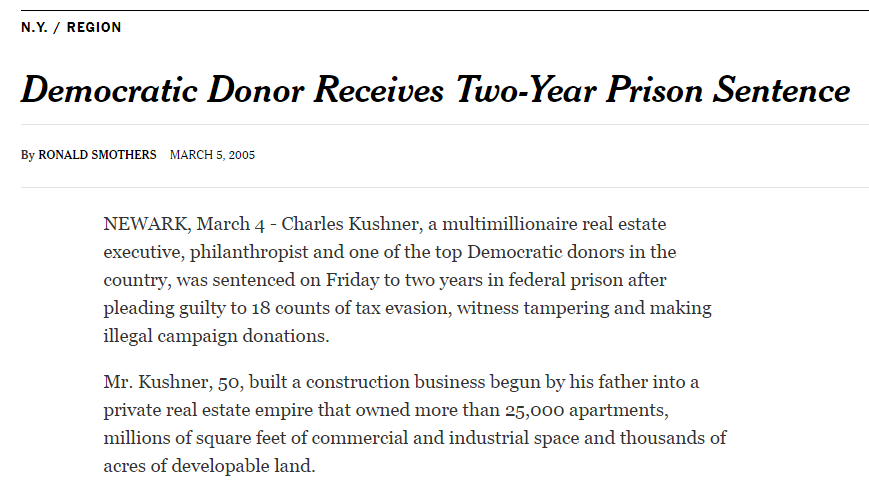 Article from the New York Times

Jared aggressively expanded the business. He shifted the focus of the family business from New Jersey to Manhattan, purchasing almost $7 billion worth of property in less than a decade, mostly in New York City.

Jared didn’t just buy real-estate. In 2006 he also purchased The New York Observer, for what was widely reported as being $10 million. 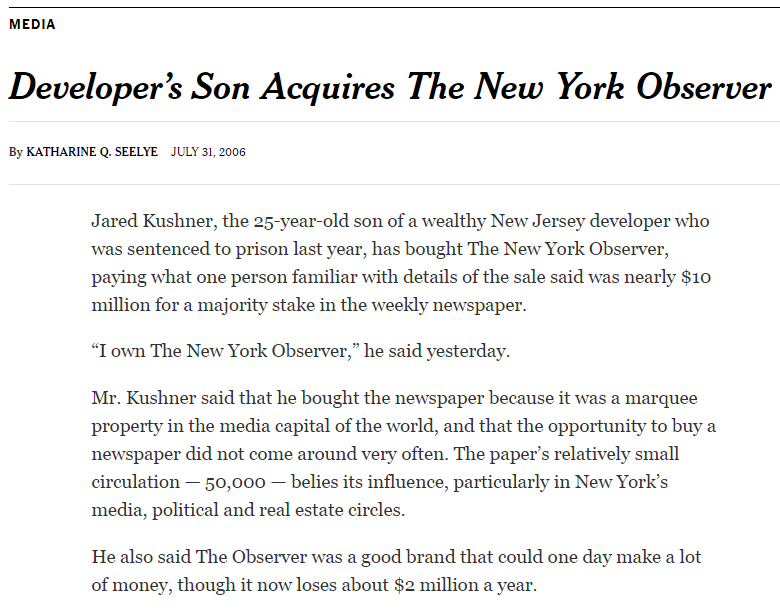 Article from the New York Times

This move further cemented his status and influence in New York, now as a media power player. Jared went from being the son of a convicted felon to an aspiring New York press lord. Some would say he laundered the family name by doing that.

The prize possession for Kushner Companies came in 2007 when Jared purchased 666 Fifth Avenue for what was, at the time, the highest price ever for a single building in New York. Once Charles went to jail, they had to reinvent the company, it was easy to just cross the river and do that in Manhattan. He sold all his property in New Jersey and invested big time in New York.

Kushner’s next move was to marry Ivanka Trump in 2009. Kushner was a huge asset to Trump throughout his presidential campaign. He used his own network to help Trump set up meetings with powerful donors and allies and was a liaison between Trump and the Jewish community. Kushner wrote Trump’s AIPAC speech.

When Trump was elected, not many were surprised that Kushner was named his senior adviser. Ethics experts objected citing nepotism laws created in the 60s, when JFK tried to make Robert Kennedy his Attorney General. People have questioned how he is qualified for this job.

Why is the Washington War Room jam-packed with Israelis?

In April of 2017, an interesting thread appeared on twitter regarding Kushner which continues to be updated to this month. The thread explains the alleged connection between Jared and the Rothchild’s. It also mentions Jared and the infamous RFID chip implant, among other things.

The latest addition to the thread tells us that Kushner sat on the board of the Friends of the Israel Defense Forces which sends money to the Israeli army.

Let us know what you think about this in the comments. How do you feel about what happened?

MAKE SURE TO CHECK OUT LUKE’S LATEST VIDEO HERE!