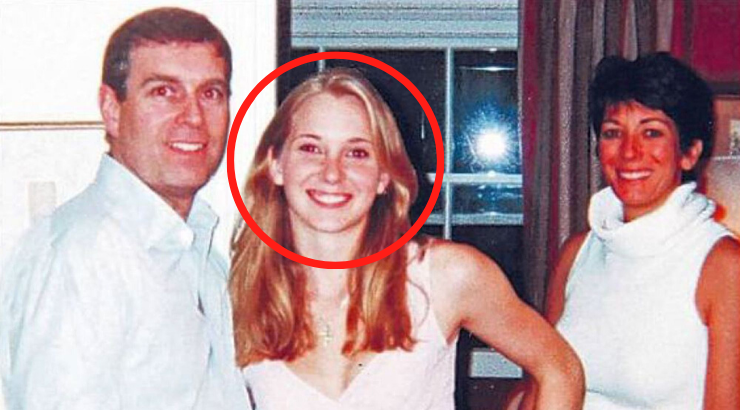 During the interview for 60 Minutes Australia that took her to the steps of Epstein’s $56 million Manhattan mansion which she said represents “jail” to her, Giuffre, who now lives in Australia, insists Prince Andrew “should go to jail.”

Inside the international sex-trafficking ring masterminded by billionaire businessman Jeffrey Epstein. NEXT SUNDAY on #60Mins, how Epstein’s wicked world disintegrated and why his coterie of equally immoral friends should still be worried. pic.twitter.com/X5OtG3y8km

“Being a kid, I didn’t realize what world I was being brought into,” she explains. “There wasn’t a part of my body that they did not abuse.”

During the short promo for the piece that airs this Sunday, Giuffre says that she “was trafficked to other billionaires” and “to other politicians.”

“It was the elite of the world.”

“There are many, many people that have serious culpability and I expect a number of them will be prosecuted.”

During the teaser posted on social media, Giuffre holds up the notorious photograph of Prince Andrew and herself (at the age of 17) together at a party thrown by Epstein and Ghislaine Maxwell, saying “this is a real photo.” Without mincing words, Giuffre declares, “Prince Andrew should go to jail.”

Giuffre has previously alleged that she was forced to sleep with the Duke of York three times.

While Andrew cannot deny his relationship with the convicted pedophile, he continues to deny claims that he was involved in the sex trafficking ring or had any knowledge whatsoever that his friend was a criminal.

In a statement from August, Buckingham Palace said:

“His Royal Highness deplores the exploitation of any human being and the suggestion he would condone, participate in or encourage any such behavior is abhorrent.”

“Only one of us is telling the truth. And it will come out,” Giuffre says.

“This is a real photo. That is Andrew,” Giuffre insists before host Tara Brown brings up past accusations that the image is fake.

In a 2011 testimony, Giuffre insisted that Prince Andrew “knows the truth” about the abuse of underage girls at the hands of Jeffrey Epstein. However, in 2015 a court declared the allegations were “immaterial and impertinent,” ordering them to be struck out of a defamation claim against Maxwell.

Maxwell has been repeatedly accused of assisting Epstein in recruitment and abuse of girls trafficked into the elite pedophile ring, but has continued to deny any wrongdoing.

In an interview with NBC that aired in September, Giuffre said of Maxwell:

“The first time in London, I was so young. Ghislaine woke me up in the morning and she said, ‘You’re gonna meet a prince today.’ I didn’t know at that point that I was going to be trafficked to that prince.”

Guiffre went on to explain that later that night, after Prince Andrew gave her alcohol while together at a club, the teen found herself in a car “with Ghislaine and Jeffrey, and Ghislaine said, ‘He’s coming back to the house. And I want you to do for him what you do for Epstein.’ I couldn’t believe it.”

Also in September, John Mark Dougan, a former Florida cop claiming to have incriminating evidence of Prince Andrew, accused the FBI of covering up the Duke of York’s role in the massive scandal. Dougan, who is also a former Marine, told the Times of London:

“I’m certain the FBI is involved in some kind of cover-up over Epstein.

That could absolutely include Andrew’s role …”

Of the others connected to the elite pedophile ring Guiffre tells Brown during the brief promo: