We Are Losing the Ability to Think for Ourselves 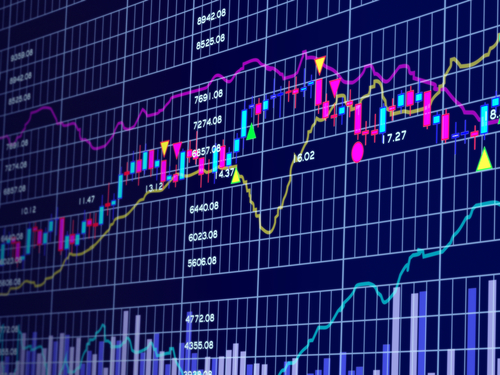 Dow continues to mark time around the 17,500 level…up a couple of hundred points…and down a couple of hundred. Disappointing earnings has the market looking for direction from somewhere. Gold was steady; the Aussie dollar is up a tad; meanwhile, oil hit a seven-month high.

Interest rates are the hot topic of late. How low will they go? Will the RBA cut another 0.5%? Or even a full 1% or more? Who knows. Least of all the RBA. Taking rates lower is not going to shake the economy out of its deflationary funk.

Central banks have proven they cannot control the monster they’ve created. Which is why one of my ‘election policies’ was to abolish the RBA, letting the market fix the problem instead.

My weekend Daily Reckoning article, ‘Would You Vote for My Policies?’ evoked plenty of feedback.

The proposed policies are, to say the least, unorthodox in our progressive world. In addition to abolishing the Reserve Bank, I also suggested denying the right to vote for those in receipt of welfare — and those that are on the government payroll — making the boards of banks personally responsible for losses, and turning Canberra into a ghost town.

The kindest slap down on my policies was ‘I think that proposal is ridiculous.’Others were less polite.

However, I did manage to garner a few votes. But not quite enough to get me a taxpayer-funded refund of my campaign expenses — oh, and what a joke that little scam is…

In the world we’ve grown up in, there’s no question my policies flirt with the lunatic fringe.

The mainstream would have a field day lampooning my policies…much mirth would be had at my expense. But is it mainstream journalism that’s playing the fool? A little more on that later.

By today’s standards my policies are considered outlandish. However, in the context of history, they’re not new or all that radical.

The US Federal Reserve only came into existence in 1913. Prior to that, the world managed to function without the guiding hand of economic academics.

Granted, the world is more complicated these days — and a good deal of that complication has been a function of central banks doing everything in their power to advance a debt-dependent economic growth machine…ably assisted by the banking sector.

The economic doctors have overmedicated the system to the point where we’ve lost all immunity to any financial virus. We are economic weaklings completely dependent on central banks to administer the latest, and even more lethal, vaccine to ward off the ‘nasties’.

Had the markets been left to their own unpredictable devices to navigate the business cycles, then perhaps our legacy might be a system that is far more robust and better able to handle the highs and lows that come with market cycles.

Global Financial Crisis 2016: 3 Crisis Scenarios, and How They’ll Impact on Australia
Daily Reckoning Free Report
Daily Reckoning contributor Vern Gowdie reveals the three crisis scenarios that could play out as the next credit crisis hits Aussie shores… and the steps you can take to navigate profitably through the troubling time ahead.

Simply enter your email address in the box below and click ‘claim my free report’. Plus… you’ll receive a free subscription to The Daily Reckoning.
We will collect and handle your personal information in accordance with our Privacy Policy. You can cancel your subscription at any time.

Central banks, the Reserve Bank included, have done us no favours with their attempts (meddling) to smooth out the rough and tumble of markets. Rather than building resilience, they have created a society of sooks… ‘Please drop interest rates so I can afford my debt’, and ‘please Janet do something to prop up markets’.

A genuine market-based economy does no such favours for people.

Making bank directors personally liable for losses is also not a new idea. It existed in the US up until the 1930s.

In 1932, John A Skiles wrote a paper titled: ‘Individual Personal Liability of [US] Bank Directors for negligent and excess loans’.

Here’s a short extract from the paper: ‘The civil liability of bank directors for making bad loans may arise either under the common law or under special statute such as the excess loan statutes in force in many jurisdictions.’

Funny thing, these statutes, along with the bank directors being held personally liable, went the way of the horse and buggy. I wonder whether it was the depositors who asked for these laws to be repealed, or the bankers in cahoots with the legislators? What do you think?

Would making the banks directors’ personal assets the first casualties in a banking crisis make them act a little more prudently? Perhaps the growth-at-all-costs mentality might be a bit more tempered? Again, what do you think?

Why would I want to turn Canberra into a ghost town?

Be careful what you wish for when you ask for more from government. The beast will become so big it will consume you. We need less government, and more personal responsibility. How do you do this? Hang out the ‘closed for business’ sign in Canberra.

While denying the vote to those directly dependent on government for their income (partly or wholly) will never work in a democracy, the basis for proposing the concept is based on conflict of interest.

If you are a government employee, are you going to vote in favour of a policy to shrink the public sector? If you are in receipt of welfare, are you going to support a party that advocates a reduction in entitlements? While I have absolutely zero hard evidence to support this claim, my guess is the majority will act out of self-interest and vote against both proposals…even though the proposals would be in the long term interests of our nation — and the unborn taxpayers who’ll inherit the bill.

My proposals, while impractical in our modern society, are designed to provoke thinking.

While we think we think for ourselves, there is a very powerful propaganda machine out there that is designed to influence public opinion.

To prove that is not some conspiracy theory, here’s a couple of news article I came across recently.

David Samuel’s wrote a rather long essay in the New York Times on 5 May 2016 titled, ‘The Aspiring Novelist Who Became Obama’s Foreign-Policy Guru’.

Ben Rhodes was the subject of the essay. Ben who?

How’s this for a frank admission (emphasis mine):

‘Rhodes had to sell the Iranian nuclear deal to a skeptical American public. He freely admits that he did so by manipulating a select group of reporters that he and staff think are idiots and moulded them into his own personal echo chamber.

‘It wasn’t difficult. “All these newspapers used to have foreign bureaus,” he told Samuels. “Now they don’t. They call us to explain to them what’s happening in Moscow and Cairo. Most of the outlets are reporting on world events from Washington. The average reporter we talk to is 27 years old, and their only reporting experience consists of being around political campaigns. That’s a sea change. They literally know nothing.”’
Reporters that know nothing, that are being fed an ‘official’ version of events, pass on those ‘truths’ to an even more gullible public.

Then there was this article published by Bloomberg on 31 March 2016, titled ‘How to Hack an Election’.

Here are some extracts from the article:

‘Andre´s Sepu´lveda rigged elections throughout Latin America for almost a decade. He tells his story for the first time.

‘He says he wants to tell his story because the public doesn’t grasp the power hackers exert over modern elections or the specialized skills needed to stop them.

‘“I have always said that there are two types of politics—what people see and what really makes things happen. I worked in politics that are not seen.”

‘As for Sepu´lveda, his insight was to understand that voters trusted what they thought were spontaneous expressions of real people on social media more than they did experts on television and in newspapers. He knew that accounts could be faked and social media trends fabricated, all relatively cheaply. He wrote a software program, now called Social Media Predator, to manage and direct a virtual army of fake Twitter accounts. The software let him quickly change names, profile pictures, and biographies to fit any need. Eventually, he discovered, he could manipulate the public debate as easily as moving pieces on a chessboard…

While this may not come as a surprise to you, I think the extent of the manipulation in traditional and social media goes way beyond what these insiders have publicly admitted to.

Sorting the truth from the lies is an exhausting, and largely futile, exercise.

Who really wants to know the ugly truth?

When the choice comes to enlightenment or entitlement, the crowd takes the latter every time.

I’ll leave you with one final thought from Edward R Murrow: ‘A nation of sheep will beget a government of wolves.’