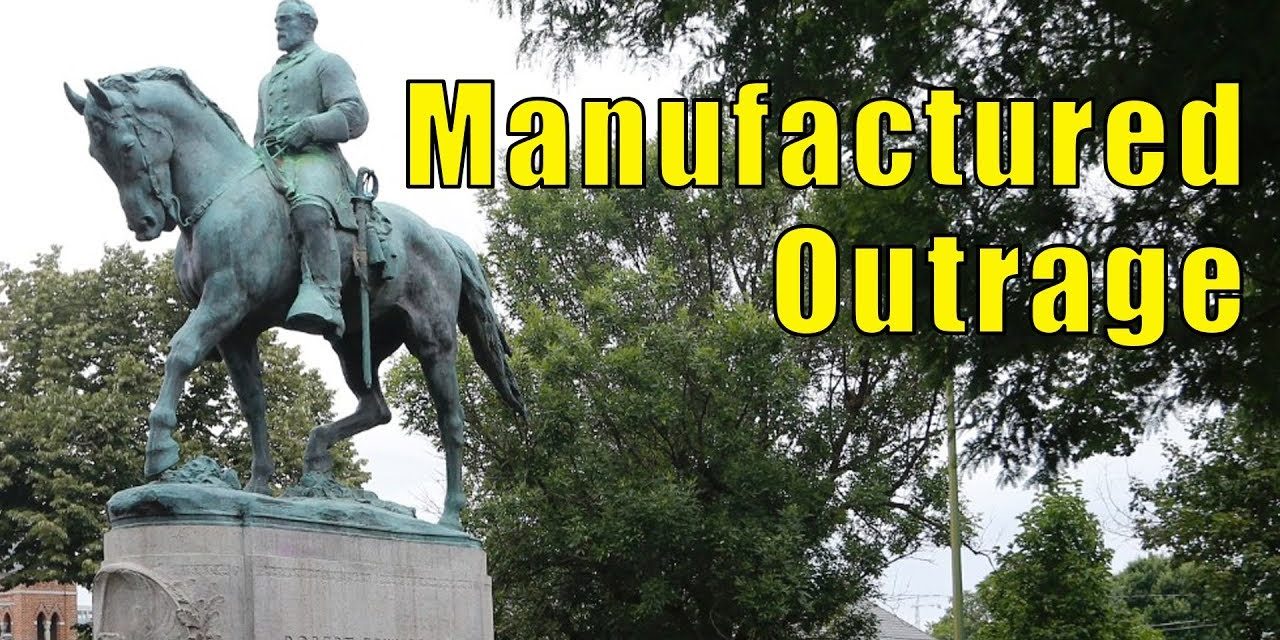 Hey everybody Jason Bermas here for WeAreChange.org and today we’re going to be talking about manufactured outrage over the events in Charlottesville. The media since that even has been continuously pushing their agenda that white supremacists are going to take over. They say the Trump administration did not do enough to condemn these white supremacists and everybody on the left including Antifa were peaceful protesters.

The video evidence contradicts this narrative on a massive level. I want to state that I do not condone racism of any kind towards any race, I am certainly not a white nationalist, and I do not support white nationalist viewpoints in any way shape or form.

Furthermore, I would state that I condemn these views in the highest regards possible however we live in a country where free speech is vital. We have to protect the vilest of speech so that people like myself can say things that may go against the grain but that need to be heard.

Let’s go after some of these myths one by one. The first of which is the myth that the president didn’t condemn these attacks. He did, this is what Trump said, “Remember the Saturday we condemn in the strongest possible terms this egregious display of hatred, bigotry, and violence. It has no place in America. I’ve condemned neo-nazis, I’ve condemned many different groups. The president also said that both sides were indeed violent, “You had a group on one side that was bad, and you had a group on the other side that was also very violent, and nobody wants to say that. But I’ll say it right now. You had a group on the other side that came charging in without a permit, and they were very, very violent.” 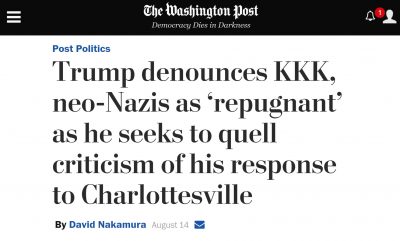 We only need to go to the Vice documentary where White Nationalist Chris Cantwell turned national pariah is maced twice by anti-Fa protesters. 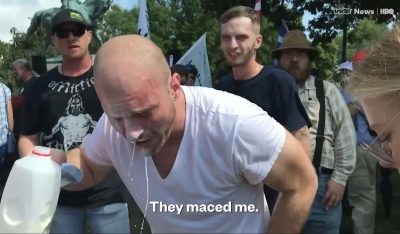 Yes, twice and although I don’t share Cantwell’s viewpoints in any regards remember folks this violence took place before the incident with the car. So once again we have evidence that the left indeed was using force. Another thing that the president said was where does this stop? Does it stop with the statues of Robert E. Lee or does it go to George Washington and then Thomas Jefferson, “So this week it’s Robert E. Lee, I noticed that Stonewall Jackson is coming down. I wonder will it be George Washington next week and then Thomas Jefferson, the week after. You do have to ask yourself where does it all stop?” 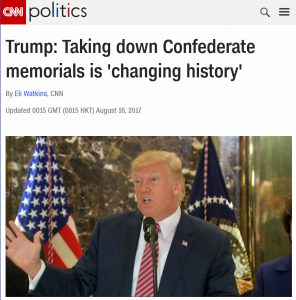 It was only days after that statement that Al Sharpton called for the removal of Jefferson’s statue. This isn’t going to end folks; this is going to continue until many of our national monuments are gone. This isn’t to endorse monuments based in the Confederacy or the south. I don’t necessarily think they have their place on the grounds of public and government buildings either but that doesn’t mean we erase our history. Perhaps they would be best suited to be in a museum where their context could be displayed for all to see and hopefully understand.

In closing, I’d like to point out that the media is quick to condemn Trump and his administration when they present facts just like we showed you today. However, they praise him when he bombs Afghanistan or when he talks tough on Syria, or he says that we could go in with fire and fury in North Korea. I think that has to change we need to stop this manufactured outrage. We need to pay attention to what’s going on.

As always if you like this, please share it on social media and please visit wearechange.org it’s only through your financial support that reports like this one are possible.