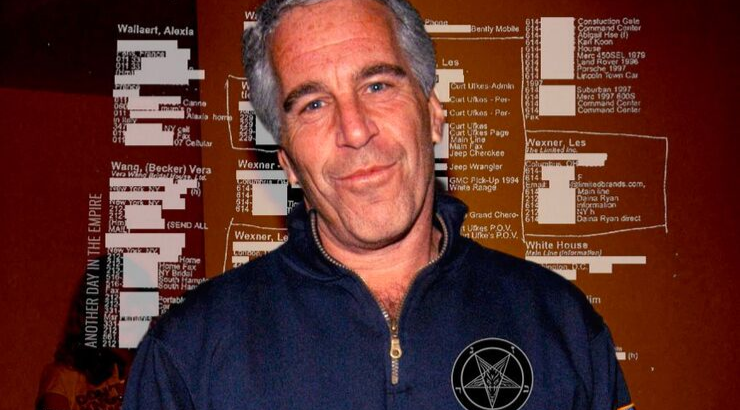 One may wonder what happened to the Epstein story.

Jeffrey Epstein “committed suicide” six weeks ago and since that time the story has all but disappeared from the corporate media news cycle, as I said it would. AG Barr said he was told it was an intelligence operation, so naturally it must disappear, buried under stories of far lesser importance.

The US government, known for its serial dishonesty, lies, and propaganda, has promised to root out and prosecute all the folks involved in Epstein’s child rape factory. “Let me assure you this case will continue on against anyone who was complicit with Epstein. Any co-conspirators should not rest easy,” declared AG William Barr.

It’s not likely, however, that we will get the bottom of this case any time soon, if ever.

In the hours after Jeffrey Epstein’s death, federal prosecutors in Manhattan pledged to continue investigating his alleged sex-trafficking ring, suggesting they would pursue his co-conspirators.

But in the weeks since, according to people familiar with the matter, prosecutors have struggled with the question of whether some of those alleged co-conspirators were themselves victims of Epstein—and, if so, how that should affect the decision of whether to charge them with a crime.

That certainly does not include Ghislaine Maxwell. “Maxwell, whose whereabouts have been shrouded in mystery, hasn’t been charged,” notes CNN.

No mystery here. It’s obvious she is a protected asset and will likely never see the inside of a courtroom, let alone a prison cell.

“I’ve reported before that Epstein was an intelligence asset for Israel,” Shalev writes.

This was confirmed by two independent sources. Now, one of those sources, a former senior member of the Israeli intelligence community, has gone on the record to confirm this about Epstein and is making significant claims about Epstein’s human trafficking operation.

Ari Ben-Menashe is an Iranian-born Israeli consultant and former arms dealer who also served as a senior executive for Israel’s Directorate of Military Intelligence (1977 to 1987). This puts Ben-Menashe in a unique position to know about Epstein and also Ghislaine Maxwell. He met them both 40 years ago, when Ben-Menashe when he worked for Israel alongside Maxwell’s father, Robert Maxwell.

Ben-Menashe and Robert Maxwell, the late father of Ghislaine, ran Israel’s transfer of arms to Iran during the Iran-Iraq War. This relationship was exposed during the Iran-Contra affair. “That’s how Ben-Menashe says he first met Jeffrey Epstein. According to Ben-Menashe, Maxwell wanted to include Epstein in his arms-dealing operation,” according to Shalev.

During an interview, Ben-Menashe claimed both Epstein and Maxwell worked for Israeli military intelligence. The objective was to entrap US and other politicians and blackmail them to keep them loyal to the apartheid state of Israel. Sexual blackmail is part of Israel’s modus operandi, according to Ben-Menashe. “Sleeping around is not a crime, it may be embarrassing, but it’s not a crime, but sleeping with underage girls is a crime,” he added.

If indeed Epstein was “suicided,” the executioners were Israeli. “I have theories about who wanted him dead. Probably there’s quite a number of people in the States wanted him dead, but I would think mainly the Israelis,” said Ben-Menashe.

She told NBC that Epstein and Ghislaine Maxwell directed her to sleep with Britain’s Prince Andrew and other public figures on several occasions.

What NBC didn’t reveal, but is made clear by Guiffre from an affidavit she filed in 2015, is that she believes Epstein and Maxwell put her in those situations to compromise public figures with blackmail.

In the 2015 affidavit, Guiffre claimed Epstein told her he set up his friends with minors so that they would “owe him,” they would “be in his pocket,” and he would “have something on them.”

She said Epstein required her to “describe sex” with politicians, bankers and celebrities “presumably so that he could potentially blackmail them.”

On October 20, 2005, after Epstein was first arrested for trafficking minors, Joseph Recarey, a decorated Palm Beach detective, “found that most of Epstein’s computer hard drives, surveillance cameras and videos had been removed from the house, leaving loose, dangling wires, according to the police report.”

his own trash was disappearing from his house, as his life was put under Epstein’s microscope. Private investigators hired by Epstein’s lawyers even tracked down Reiter’s grade school teachers, the former chief said. Questions were raised about donations that Epstein had made to the police department, even though Reiter had returned one of the donations shortly after the investigation began.

Recarey, meanwhile, said he began to take different routes to and from work, and even switched vehicles because he knew he was being tailed.

Despite the precautions, last year Recarey died after a “brief illness” at the age of 50. No further information was given.

Alfredo Rodriguez, Epstein’s butler, also died, allegedly in 2015 from mesothelioma. Rodriguez had tried to sell Epstein’s notorious black book of names and addresses. He was busted by an undercover cop and jailed for 15 months.

The ruling elite and its corporate media are working studiously to push this story out of the limelight and make it go away before really important people are exposed. The cases brought by Epstein’s victims will likely take years to resolve, that is if the lawsuits are not dismissed by a friendly (and blackmailed) judge.

Republished from KurtNimmo.blog under Creative Commons