NATO/UN Trying to Save ISIS As Syrian Army Circles Them 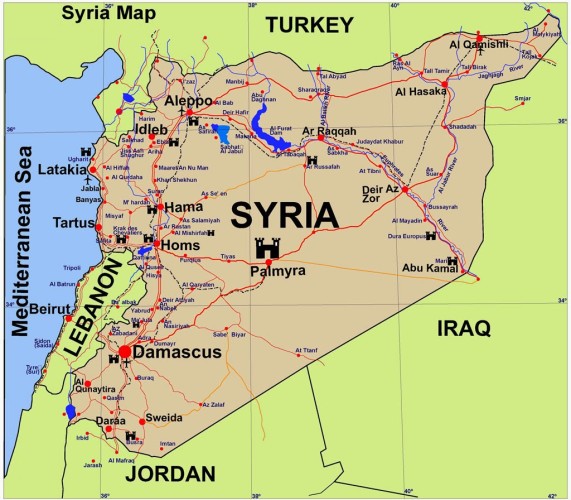 In a military victory that may very well rival the liberation of Qusayr in terms of significance, on February 17, the SAA officially encircled the entirety of Syria’s largest city Aleppo. In so doing, the SAA was also able to seal off the road leading into the city from the North which has been used as a supply route for the terrorist death squads receiving reinforcements and supplies from Turkey since the beginning of the crisis.
While not controlled by the Western-backed terrorist forces entirely, large portions of Aleppo have fallen under death squad control since NATO began backing jihadists forces in earnest in 2010. The Syrian military has long sought to establish control over the entirety of the city and, over the last several months, the SAA has been fighting to do just that. Over the last few weeks, however, the SAA was able to win a number of key battles and take control over a several key villages that enabled it to position itself all the way around Aleppo.

The encirclement of Aleppo comes as the SAA has launched a new offensive against death squad forces in the south, near the occupied Golan Heights and the Syrian/Israeli border.

Even the Huffington Post has been forced to admit that “If government forces succeed in fully besieging opposition-held areas, the move will pose the greatest threat to the rebels’ position in the area since anti-Assad fighters stormed parts of the city in 2012.”