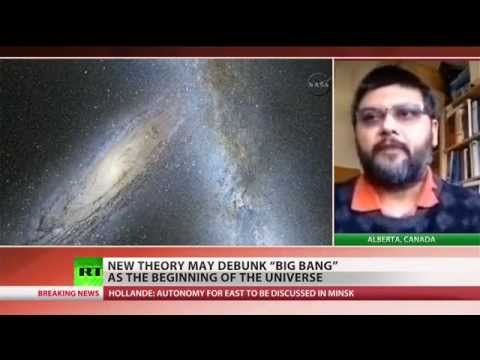 While the Big Bang has long been accepted as the primary theory for how the universe was formed, a new model is now debunking that theory.

Perhaps the more correct way to describing the “Big Bang” is in use of the world “singularity”. The idea that at one time the entire universe was contracted into one single point and suddenly began to expand outward.

A new model, however is debunking singularity with computer models that apply quantum correction terms with Einstein’s general theory of relativity. That model essentially show that not only is there not a single point of singularity in the universe’s past but it also dubunks the “Big Crunch” theory that the universe will eventually shrink back into one single point.