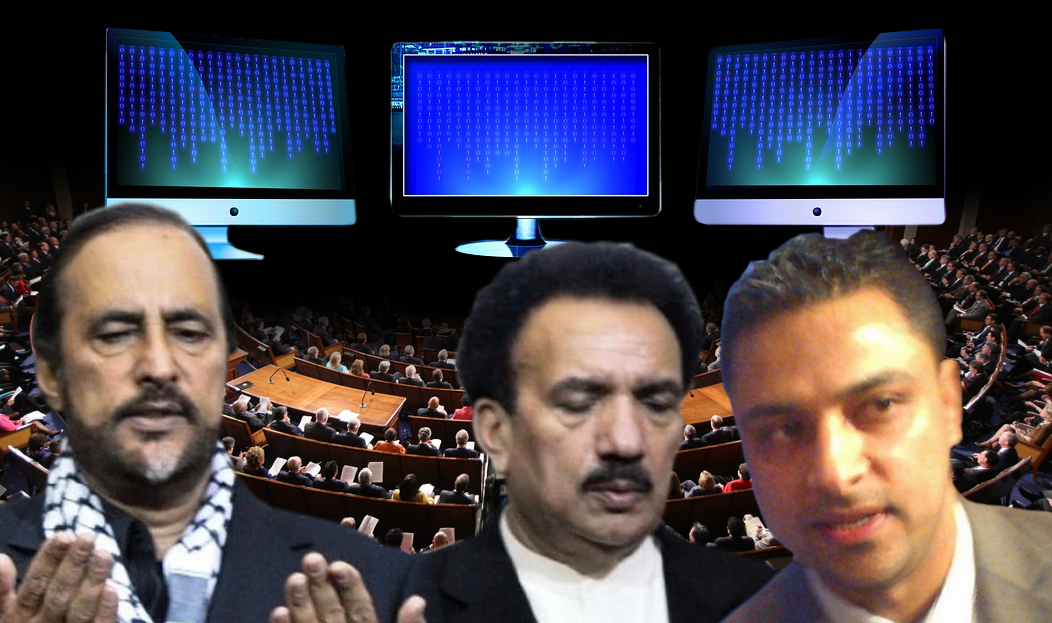 Five people in a Pakistani family that were employed by members of the House of Representatives are now under criminal investigation after unauthorized access to Congressional computers has resulted in one of the largest breaches of national security in U.S. history.

Three brothers, Abid, Jamal and Imran Awan, and two of their wives, Hina Alvi and Natalia Sova worked as employees for several members of the Democratic House. All worked as information technology (IT) aides from July 2009 to 2017.

A man named Rao Abbas is also under investigation according to Russia Today.

Their jobs were related to intelligence, terrorism, and cybersecurity. This included the House Committee on Foreign Affairs, the Committee on Homeland Security, and the Subcommittee on Tactical Air and Land Forces of the Armed Services Committee.

The brothers are accused of serious allegations including accessing at least 80 members’ computer networks without their knowledge, funneling out data to an external server, and stealing equipment from at least 20 Congressional offices.

Among those members of the House that may have had their computers compromised is Rep. Debbie Wasserman Schultz who was previously the target of an email hack. She served as chairman of the Democratic National Committee during the 2016 campaign, and was forced to step down after her bias for Hillary Clinton was revealed.

Last year, eight members of the House Permanent Select Committee on Intelligence issued a demand that their staffers be granted access to top secret classified information.

The signatories to the letter were Andre Carson, Luis Guiterez, Jim Himes, Terri Sewell, Jackie Speier, Mike Quigley, Eric Swalwell and Patrick Murphy. All the signatories were Democrats. Some of which had a history of attempting to undermine national security Frontpage Mag reported.

Included in that list of staffers was the Awan family.

News of the brothers’ investigation has sparked speculation that it may be tied to the hack of the DNC servers.

As IT employees, they set up user accounts for numerous Democrat politicians and had TOP SECRET clearance. As such, they had superuser privileges and could see all of the emails and files saved on the computers of the House members.

The FBI requested access to the DNC’s server to examine server metadata and find out who was responsible, but the DNC refused, FBI Director James Comey said, according to The Hill.

The investigation into the Awan family is still ongoing, and no arrests have been made. Staffers who were there claimed previous customers were “asked to update their security settings,” Capitol Police spokeswoman Eva Malecki said The Daily Caller reported.

It’s worth noting that the staffers were linked to the Iranian-backed terrorist group Hezbollah. Through an LLC they set up called Cars International A (CIA), a car dealership with strange peculiar finances. For example, they took a $100,000 loan and subsequently didn’t pay it back from Dr. Ali Al-Attar. A fugitive who has had numerous run-ins with the law, the Daily Caller reported.

“After moving to the U.S., Attar made his money practicing medicine in Maryland and Virginia and defrauding Medicare, Medicaid and insurance companies by billing for non-existent medical procedures. The FBI raided his offices in 2009 and the Department of Health and Human Services sued his business partner in 2011.

Attar was indicted in March 2012 on separate tax fraud charges after the IRS and FBI found he used multiple bank accounts to hide income. He fled back to Iraq to avoid prison.”

Youtuber and investigative journalist George Webb has been questioning and making connections for the past few weeks about the Awans. This case is massive and what’s mentioned in this article is only merely scratching the surface. I imagine further information will come out as more of the puzzle pieces are put together.

Popular author Mike Cernovich tweeted that “ISIS saw every email to and from Congress. This should be the biggest story of the year.”