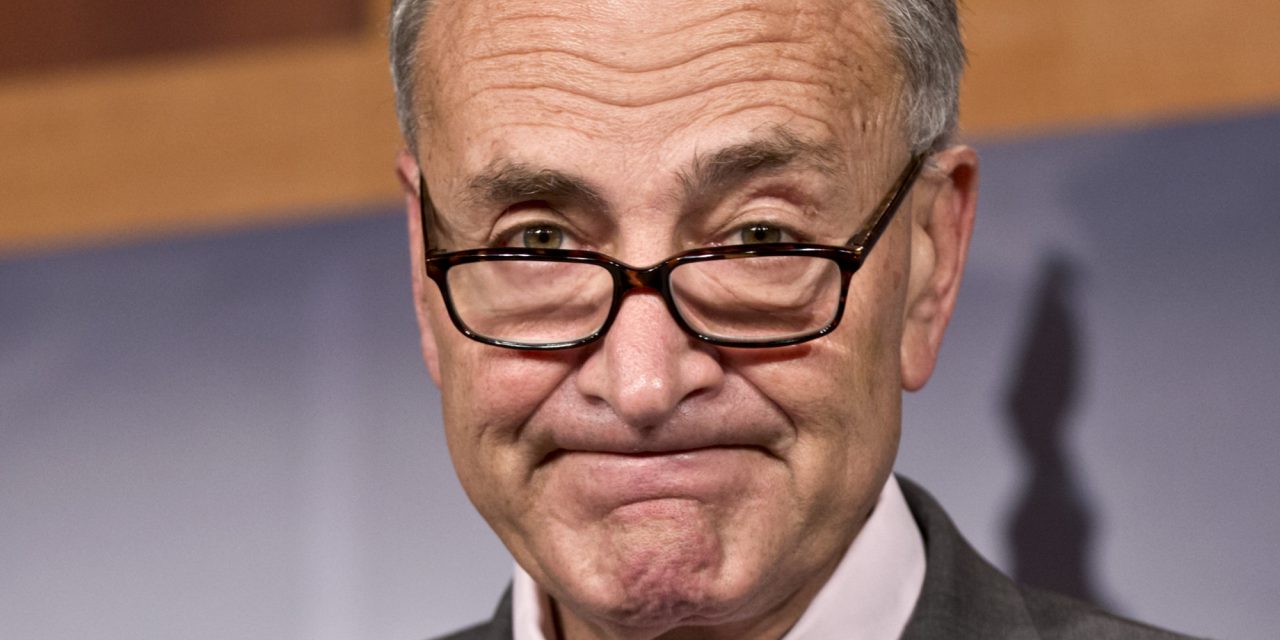 After being denied a visa for entry into the United States last month, Tanveer Hussain knew just where to turn.

The obliging offices of U.S. Senate Minority Leader Chuck Schumer and fellow Democrat Senator Kirsten Gillibrand reached out to the embassy in New Delhi, India, and helped Hussain reapply for a visa to enter the U.S. to compete in the World Snowshoe Championship.

Hussain is now charged with first-degree sexual abuse, a felony, and endangering the welfare of a child, a misdemeanor, after Hussain was allegedly “engaging in a passionate kiss” with a 12-year-old girl and touched her in an “intimate area.”

Life comes at you fast.

On Wednesday, Senator Schumer called President Trump’s new immigration crime initiative, Victims of Crime Engagement, VOICE, “ridiculous,” saying, “The overwhelming majority of immigrants are law abiding, they want to be part of the American dream, and most Americans agree with that.”

Two days later reports are going viral that a man, only in the U.S. thanks to the help of Senator Schumer and his Democratic colleague, was arrested on Wednesday by Saranac Lake Police after “engaging in a passionate kiss” with a 12-year-old girl, and allegedly touching her over her clothes in an “intimate area.” The underage girl and Hussain had been in contact via text message.

Hussain’s attorney Brian Barrett, who has entered a not guilty plea for his client, told Fox News the girl “had been following [Hussain] around all week. But that’s really all I can say on that.”

Is Hussain’s defense that the 12-year-old girl wanted to be kissed, or that she is lying? Assuming Hussain will argue the latter, he must have missed the memo from Hillary Clinton that we should believe all women.

The news that Chuck Schumer enabled an accused pedophile immigrant to enter into the country comes at an especially rough time for the Senator, as President Trump is roasting Schumer for his party’s efforts to tie Attorney General Jeff Sessions to some sort of nefarious back-door dealing with a Russian ambassador. 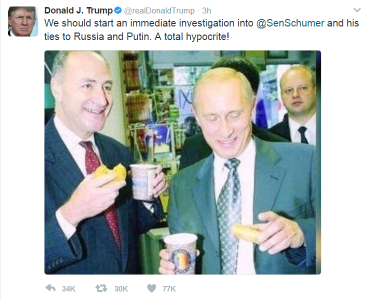 Of course, Hussain could always follow the Senator’s example and fight the charge that he acted in a disgusting way with the same excuse Senator Schumer and his cohorts are regularly using, and just say the Russians did it.