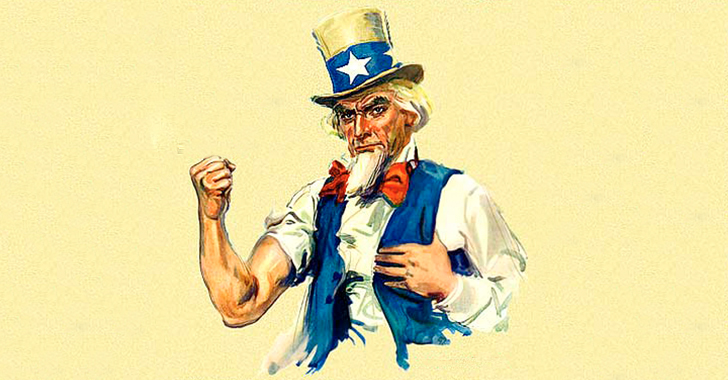 Pentagon officials asserted Thursday U.S. military authority over Syrian oil fields because U.S. forces are acting under the goal of “protecting Americans from terrorist activity” and would be within their rights to shoot a representative of the Syrian government who attempted to retake control over that country’s national resource.

The comments came from Pentagon spokesperson Jonathan Hoffman and Navy Rear Admiral William D. Byrne Jr. during a press briefing in which the two men were asked repeatedly about the legal basis the U.S. is claiming to control Syrian oil fields.

The briefing came less than two weeks after Defense Secretary Mark Esper said, “That’s our mission, to secure the oil fields” in the Deir ez-Zor area of eastern Syria. President Donald Trump’s comments before and after that remark —”We’re going to be protecting [the oil], and we’ll be deciding what we’re going to do with it in the future,” and “The oil… can help us, because we should be able to take some”— were seized on by critics who claimed Trump was suggesting violating international law by plundering another country’s resources and openly saying the U.S. was pursuing war for oil.

Hoffman, in his comments Thursday, gave a different message—that “the revenue from this is not going to the U.S. This is going to the SDF,” referring to the Kurdish-led and U.S.-allied Syrian Democratic Forces, who are battling ISIS. Byrne claimed that the U.S. has been waging the oil field control mission alongside SDF and that the goal was to prevent ISIS from obtaining the oil revenue.

But, as one reporter pointed out, ISIS fighters “have no armor. They have no aircraft.”

“Do they have the capability to actually seize the oil fields?” the reporter asked. “And isn’t this really about Russia and Syria seizing those oil fields?”

Hoffman replied that the goal was “to prevent a resurgence” of ISIS which would be facilitated if the terrorist group had access to the oil revenue.

When the Pentagon officials were pressed on whether “U.S. troops have the… authorization to shoot if a representative of the Syrian government comes to the.. oil fields and says, ‘I am here to take property of these oil fields,'” Byrne said, “our commanders always retain the right and the obligation of self-defense when faced with a hostile act or demonstrated hostile intent.”

The officials were reminded by a reporter that “the government of Syria is still, based on international law… [the] recognized legitimate government.” Hoffman said, “Everyone in the region knows where American forces are. We’re very clear with anyone in the region in working to deconflict where our forces are. If anyone—we work to ensure that… no one approaches or has—shows hostile intent to our forces, and if they do, our commanders maintain the right of self-defense.”

Hoffman later said that the oil field mission couldn’t be separated from the fight to defeat ISIS. Operations in “Syria are done under the commander-in-chief’s authorities to—with regards to protecting Americans from terrorist activity.”

Pressed again by a reporter about the “legal basis for… the United States military to take and control the natural resources inside the boundaries of another country,” Hoffman responded, “the legal basis for this comes under the commander-in-chief’s authority for us to be conducting counter-terrorism efforts against D-ISIS. And I —I get your point when you’re trying to decouple the ISIS issue from the Syria issue, but it is not a decoupled issue.”

Later Hoffman was asked by a reporter if “President Trump [has] legal authority to take over these oil fields or is the United States stealing the oil?”

The Pentagon official also appeared to push back against the notion that the mission to control the oil fields is new. “Just to be clear, we’ve been in this area with the same mission of preventing ISIS from getting those oil fields for the last four years. This is not a new mission. Everybody seems to be—believe that that has changed. That is not —that is not the case.”

U.S. forces may also stay with that effort for years to come, Hoffman suggested.

Republished from CommonDreams.org with permission