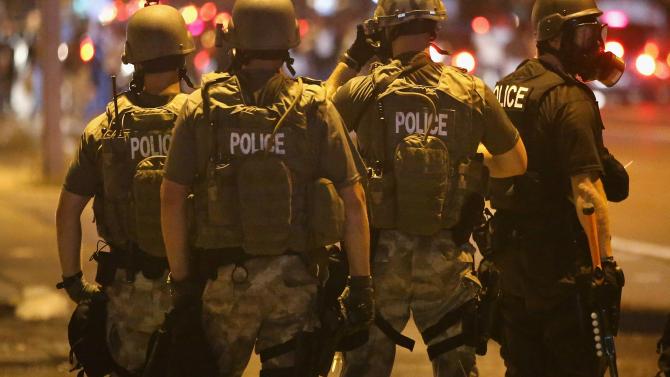 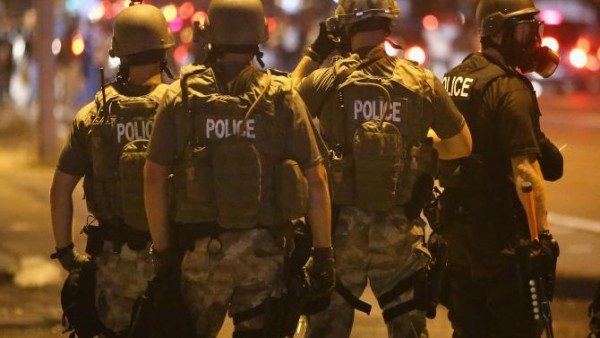 (theroot.com)While the nation is wrangling over the fate of a Confederate flag still flapping, high-and-mighty, outside South Carolina’s Statehouse, no one seems to have noticed that July is barely into its first full week, and already 26 people across the nation have been killed by police. That’s according to The Guardian’s authoritative “The Counted” project.

While the national outrage over law-enforcement killings of unarmed black people has been replaced by ongoing rage over Southern antiques, too many trigger-happy officers are still busily engaged in the suspiciously wanton deaths of too many citizens. Clearly, the widening spotlight on police violence hasn’t done much to decrease the number of police-driven killings.

Until the next viral video of violent cops gone wild bubbles to the top of a trend list, a still-nascent second civil rights movement shouldn’t get caught up in a dangerous pivot of present preoccupation with symbols over substance.

That matter of police misconduct didn’t go anywhere. Much of it is still unanswered, largely unlegislated and frustratingly unresolved.

If anything, the collective mood of some cops is frighteningly emboldened. Since the beginning of 2015, The Guardian’s “The Counted” project has already picked up 572 deaths by law enforcement with, not surprisingly, a disproportionate share being black. While the majority of persons killed by cops thus far this year have been white, the rate at which African Americans are killed (per million) is four times that of whites.

Yet, strangely enough, there are few calls—and even less policy or political muscle—for a national policing standard by which every armed American officer answers to the same set of regulations. Instead, the nation seems content with its awkward kaleidoscopic patchwork of 18,000 state, local and federal law-enforcement agencies. Not only does each agency wear a different brand and color, but each proudly dances to its own tune and respective state legal standards, which means local norms and systemic quid pro quo hold more precedence than basic constitutional obligations.

The White House’s own Task Force on 21st Century Policing was supposed to offer some guidance on fixing that. But while its elaborately written final report (pdf) urged gun-slinging colleagues to create “clear and comprehensive policies on the use of force,” it came up short on keeping it simple and creating just one clear national policy.

SEE ALSO
Take Down That Flag, Mayor of Columbia, SC, Demands
When It Comes to Race, Valerie Jarrett Asks Why It’s All on the President. But Why Not?
A Black Pastor Reveals How He Came to Support Same-Sex Marriage
A Forceful Obama Decries Racism and White Supremacy in Eulogy
The Confederate Flag Flap Is a Distraction From Tough Issues of Racism
Yet the absence of “best practice” training and a consensus on a single standard is the consistent theme in those June reports. The problem: There is no one dominant standard, save the overwhelmed and understaffed Justice Department running from one crisis to the next to determine if something bad did, indeed, go down. But after-the-fact investigations are not really a useful enforcement tool if 18,000 departments are each policing by their own rules.

A one-size-fits-all police-training approach could be one major solution. Retired cop Lynnette Mae made just such a suggestion in April to lump all cop training under a military-style training plan; not militarize the police, of course, but order every police officer in the country to go through the same national law-enforcement education and legal exam and a physical-fitness boot camp similar to the U.S. Marines’. Rather than 18,000 certifications, and a volatile situation in which dangerous cops can simply leave their police gig in one town and hop over to another, why not one federal certification where “policing start[s] striving for a national level of excellence,” as Mae argues?

The National Urban League takes it a step further with a 10-point plan, cleaning up law-enforcement fundamentals and demanding not only “comprehensive retraining of all police officers” but also an overhaul of the National Police Accreditation System, which is, obviously, not working out all that well.

Many local and state agencies are putting either outdated or racially insensitive procedures ahead of federal civil rights statutes that could help them avoid trouble altogether. Some of that is misguided local pride; the rest of it is sloppy or corrupt cops covering up local dirt. As Vice’s Jonathan Blanks writes: “Between close relationships with prosecutors, secretive police culture and laws that protect officers from taking personal responsibility for their actions, the obstacles to police reform are stifling.”

Yet, for multiple reasons, Washington has been left with the politically motivated (and intellectually lazy) notion that body cameras should just about clean up our national cop problem. Wash, spin and rinse, and all you need is more cameras watching poorly trained, poorly educated and nonsympathetic police. But when more than 80 percent of local police departments don’t require more than a high school diploma, and small city departments rely on half-baked training curriculum, Congress needs a better plan than simply catching the man or woman in blue red-handed on camera.