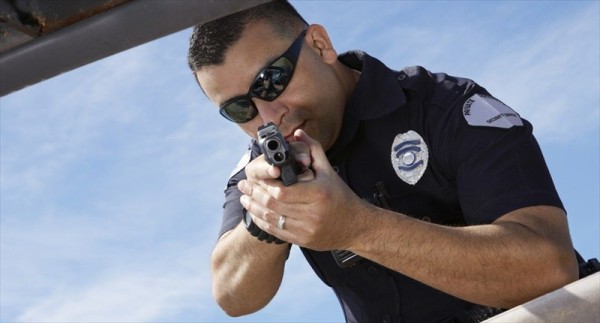 After conducting a year-long study of police shootings that resulted in death, the Washington Post is reporting that 965 people in the U.S. have been killed by police officers in 2015 — nearly three people every day.

According to the Post, only 90 of the shootings occurred when the suspect was unarmed, with the bulk broken down into three categories: the suspect was wielding a weapon of some sort, they were suicidal or mentally troubled, or they attempted to flee when officers ordered them to halt.

Attention has grown over those disparate number since the shooting death of Michael Brown in Ferguson, Missouri, in 2014 at the hands of police officer Darren Wilson. The death of Brown helped launch the Black Lives Matter movement, calling attention to the perceived racism in the nation’s police departments and the indifference to the high number of blacks dying at the hands of police in the country

In the majority of cases where police shot and killed a person who had attacked someone or brandished a weapon, the person who was shot was white. However 60 percent of those killed after exhibiting less threatening behavior were black or Hispanic.

While the Post’s study only included victims who were shot by police, an earlier study by The Guardian — released in late November — showed that more than 1,000 people had been killed by police in the shorter period.

Following the shooting death of a man in Oakland on Nov. 15 after he waved a toy gun at officers, the Guardian noted at the time that it was the 883rd fatal shooting by a law enforcement officer 2015. An additional 47 people died as the result of being shocked with an officer’s Taser, 33 died after being struck by a law enforcement officer’s vehicle, and another 36 were killed while in custody.

Because deaths at the hands of police have become so prevalent, the Guardian maintains a running calendar — called The Calendar — listing all police involved deaths.

As of Sunday morning, the number stood at 1125, including the shooting deaths in Chicago of 19-year-old Quintonio LeGrier and 55-year-old Bettie Jones, who was shot accidentally by an officer in the early hours of Dec. 26.