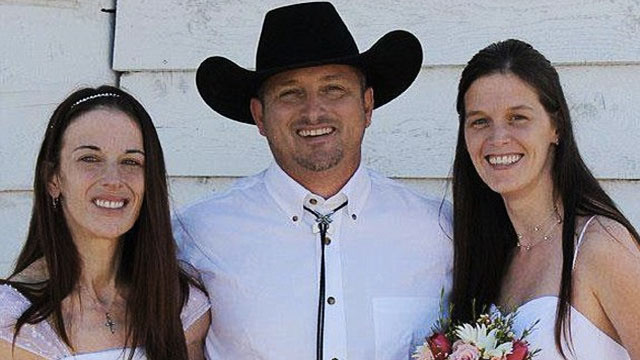 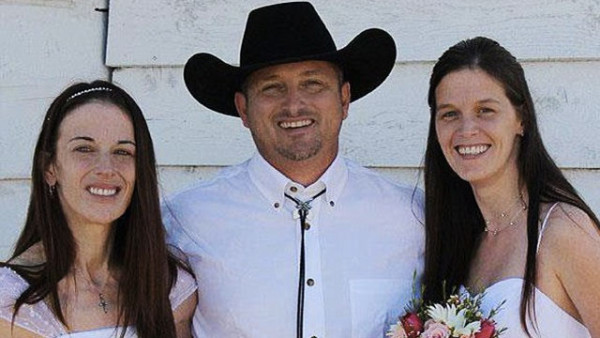 (countercurrent news)After the recent U.S. Supreme Court decision legalizing gay marriage, a number of pundits and even Chief Justice John Roberts dissented that the ruling could in fact stretch to legalize other forms of marriage, such as plural marriage. Now one family is making a case for just that.

Nathan Collier claims that under the ruling, he and his wives Victoria and Christine should be allowed to obtain a legal marriage permit and all the rights (including tax breaks, hospital visits and the like) afforded to monogamous spouses.

The three applied at the Yellowstone County Courthouse in Billings, Montana, which outlaws what they call “bigamy.” But Collier says that they will sue the State if their application for triple-marriage is denied.

“It’s about marriage equality,” Collier said Wednesday, in absolutely seriousness. He was not in any way mocking the gay marriage ruling. He simply believes that the ruling protects all non-traditional marriages between consenting adults.

“You can’t have this,” ruling “without polygamy,” he said.

The Yellowstone County court house was in shock when Collier and his second wife arrived on Tuesday to fill out the application.

“So, are you legally married, you didn’t get divorced?” the clerk asked.

Collier had marked “not applicable” one the part of the form that asked when his previous marriage had been dissolved.

“All we want is legal legitimacy. We aren’t asking anybody for anything else. We just want to give our marriage and our family the legitimacy that it deserves.”

But a second clerk retorted, “We’ll have to deny that, let me go grab the other supervisor real quick so I can get confirmation but as far as I’m aware you can’t be married to two people at the same time.”
?
Yellowstone County chief civil litigator Kevin Gillen said “I think he deserves an answer,” from the State itself.

But he added that “the law simply doesn’t provide for that yet.”

Now the attorney general’s office is supposedly considering charging the three with bigamy.

“I knew the risks I faced when I asked the State to grant legal legitimacy to my family, and I accepted those risks,” he said, again, adding that he plans to sue the State if they charge him or deny the application.

“I only ask that if their intent is to lock me in a cage (and we wonder why they keep asking for more money to expand the jails?!?!?) over my family dynamic, contact me privately and I will walk in your front door.”

“I have no reason to run or hide. Please, don’t kick my door in and shoot my dogs,” Collier added.

He also noted the irony that such marriages between consenting adults are denied in a nation priding itself on being the “land of the free.”

“You can believe that the entire nation is and will be watching your choices and actions. There is no honor in destroying functional families.”

Watch the local report from KRTV below…