Were 150,000 Chinese Troops Really Deployed To The North Korean Border? 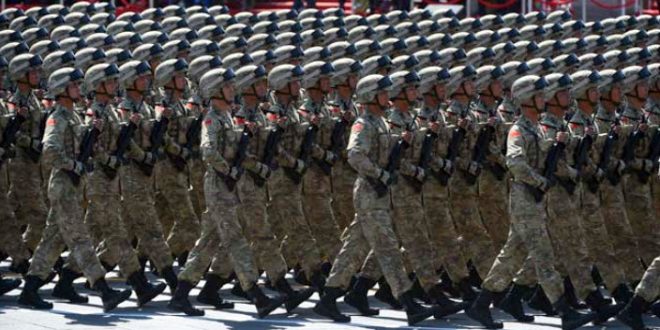 Chosun, a prominent South Korean newspaper has claimed that “about 150,000 troops in two groups” have been deployed to the Yalu River, which serves as a border between China and North Korea. Translated reports say that:

“The Chinese army has deployed about 150,000 troops in two groups to prepare for unforeseen circumstances… because of the prospect of taking ‘military options,’ such as preemptive attacks on North Korea, just as the United States has launched an air raid on Syria.”

Clearly Chosun is reporting a story with massive implications here, as 150,000 troops is an army seemingly ready to engage in WWIII. Since this is a massive claim, we tried to find sources to back up this claim.

Another news organization, NKnews, suggests that China’s FM has rejected these claims. NKnews is an international private news organization which covers North Korea. According to their website, they have “staff in Washington DC, Seoul, and London.”

According to NKnews, the Chinese FM said:

“There were similar reports by the Yonhap News Agency in the past, which were proved groundless and false in the end. I’m wondering where you got this information.”

The article goes on to say that “evidence for the claims came in the form of a video – since taken down – which showed troops being moved through the streets of Shenyang, a city over 100km from the DPRK’s border. The story was picked up by several outlets, like the UK’s Daily Mail, though they omitted that the Chosun Ilbo had called it a “rumor” in its headline.”

Until we are able to prove whether or not China has actually sent this massive amount of troops to the North Korean border, it seems that this report will remain unconfirmed.