Ron Paul: Chemical Attack in Syria May Have Been False Flag by Deep State to Undermine Peace 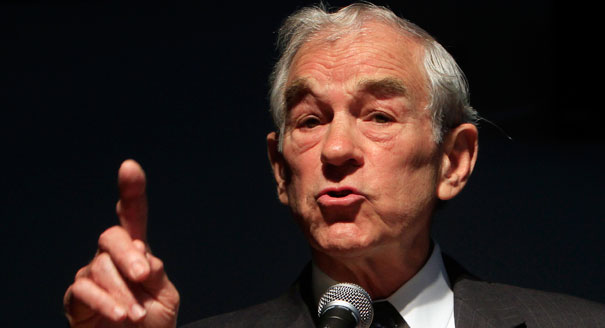 During Wednesday’s Liberty Report, Ron Paul asserted that he believes there is “zero chance” that the chemical attack in Syria was conducted by Bashar al-Assad.

“Just days after the US Administration changed course on Syrian President Assad, saying he could stay, an alleged chemical weapon attack that killed dozens of civilians has been blamed on the Syrian government,” the description for the stream read. “Did Assad sign his own death warrant with such an attack…or does some other entity benefit?”

The former Texas congressman explained that the timing of the incident was strange, as things were going reasonably well in Syria given the conditions. He noted that Trump had allowed the Syrians to decide who should be running their country, and that peace talks were in the works and terror groups were “on the run.”

“It looks like, maybe, somebody didn’t like that so there had to be an episode, and the blame now is we can’t let that happen because it looks like it might benefit Assad,” Paul asserted.

Paul then referenced the 2013 incident, and the “red line.” He noted that neoconservatives have been “yelling and screaming,” including a portion of the administration, that Assad used poison gas on the Syrian people.

Ron Paul Institute for Peace and Prosperity executive director Daniel McAdams chimed in at this point, stating that it was never proven that the attack was conducted by Assad, and that the UN’s Carla Del Ponte had stated the vicious assault was likely conducted by the rebels.

“It makes no sense, even if you were totally separate from this and take no sides of this and you were just an analyst, it doesn’t make sense for Assad under these conditions to all of the sudden use poison gasses. I think it’s zero chance that he would have done this deliberately,” Paul added.

Paul asserted that his viewers need to decide what they stand for, urging them to consider the benefits of negotiation and diplomacy.

“If we give up on that, then we’re going to have the neoconservatives — epitomized by Bill Kristol, Cheney, McCain, and Lindsey Graham — they’re the ones who will be running it. I mean, in many ways they have a lot of influence, they’re closer to the insiders, they’re closer to the deep state,” Paul warned. “This may well be an example of what they can do to reverse any attempt to come up with a peaceful solution.”

Paul stated that is why the message of non interventionism, minding our own business, and having a strong national defense to protect liberty at home is so important.

“That is the policy that must be used if we are determined to promote the cause of peace and prosperity,” Paul concluded.