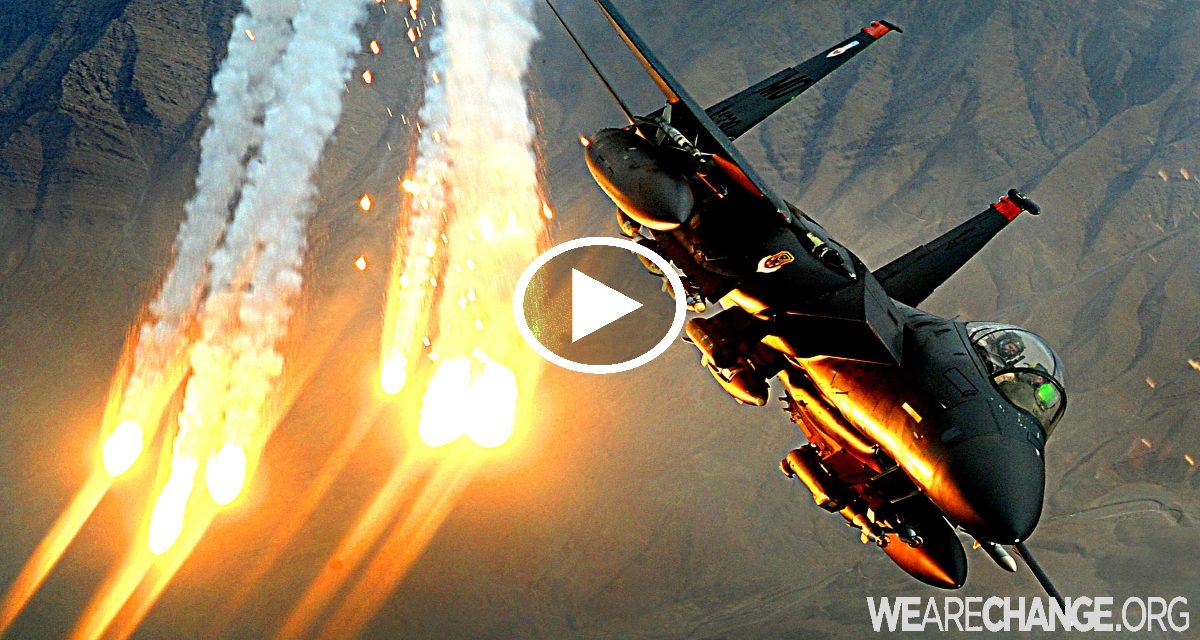 In this video Luke Rudkowski breaks down the latest developments between the U.S and Russian aggression against each other. We are seeing the escalations to what could lead to a global conflict between the two and how the situation is spiraling out of control.

The US military’s move to deploy strategic B-52 bombers and other weaponry on Russian borders for joint drill with NATO is a dangerous move that could spiral into a full-fledged war threatening the whole world, says an American analyst based in Washington.

NATO’s build-up in the Baltics is unnecessary. chicagotribune.com reports:

While showing off some new UAZ Patriot pickup trucks armed with machine guns and grenade launchers to Russian President Vladimir Putin on Thursday, a general couldn’t open the door of one of the trucks and, in his desperate desire to please the commander-in-chief, ripped off the door handle. “Well done,” Putin said, laughing.

Meanwhile, the North Atlantic Treaty Organization is debating how most effectively to deter Russia from invading the Baltic States. The U.S. has already proposed quadrupling the budget of the so-called European Reassurance Initiative, to $3.4 billion in 2017. A billion dollars of that sum is to add another armored brigade combat team, 4,000 to 5,000 strong, to the 35,000 U.S. troops already present in Europe. Another $1.9 billion is earmarked for additional war-fighting equipment. Still, many U.S. analysts still believe that may not be enough for deterrence.

They should watch the door-handle video and ask themselves if they aren’t being hoodwinked.

RAND Corporation recently held a war game to see if the Baltic states were defensible against Russia and concluded that, with the current level of protection, the Russian military could get to Tallinn and Riga in as little as 60 hours. To prevent such an outcome, Rand concluded that NATO would need seven brigades, including three with heavy armor, “adequately supported by air power, land-based fires, and other enablers on the ground and ready to fight at the onset of hostilities.”

But if there was to be war with Russia, what might it look like? The Cold War scenario of vast armies fighting a large-scale conventional war dominated by tanks and aircraft directly supporting the battlefield is as outdated a concept as it is unlikely.

Both sides have considerable resources at their disposal but NATO is significantly larger than Russia in simple numbers: NATO has a total of 3.6m personnel in uniform, Russia 800,000; NATO 7,500 tanks, Russia 2,750; NATO 5,900 combat aircraft, Russia 1,571. However, these bald figures do not tell the whole story as NATO’s forces are deployed globally to a far greater extent than Russia’s, and even acknowledging that Russia could achieve a temporary military advantage in, say, the Baltic, for how long and at what price? Nevertheless, today’s armies are smaller and more reliant on technology than they were during much of the 20th century and the likelihood of a Kursk-style pitched battle between heavy armour is highly unlikely.

That said, the ever-greater reach of missiles and artillery, the accuracy and potency of modern precision-guided munitions, the extensive use of surveillance systems (from space, via drones, and through highly sophisticated electronic eavesdropping) would make a contemporary battlefield highly dangerous and highly destructive, as pictures from even relatively small-scale recent conflicts from Grozny to Aleppo show.

Consequently, while the armies and individual battles might be smaller than those in World War II, the death toll, the loss of war-making material and both sides’ ability to reduce everything in their paths to rubble would make a large-scale conflict far more wide-reaching and, in terms of recovery, longer-lasting than anything we have seen before.

In such a conflict, the very term “battlefield” would itself be highly misleading: such a war, employing ships, submarines and aircraft with truly global reach, would indeed be a world war and would pay scant attention to the difference between military and civilian targets: this would truly be a war among the peoples.

And not just an earth-bound war: outer space would be a highly contested arena as would cyberspace, with both sides seeking to disrupt all aspects of normal life as the war was taken into the realms of politics, infrastructure, information and commerce, too.

Despite Shirreff’s warnings, the nightmare scenario of nuclear war is highly unlikely as neither side ultimately would wish to unleash destruction on that scale. Likewise, chemical and biological weapons would, if employed at all, be used at a very local level, and sparingly.

That is not to say that the scale of the destruction would not be significant, however. This would be total war, waged on every imaginable front, from the internet and the stock market to outer space.

Danny F. Quest is a official 9/11 Truther, anti-war activist, humanitarian,  Blogger, and writer/contributer  for WeareChange.org  Follow him on Social Media.