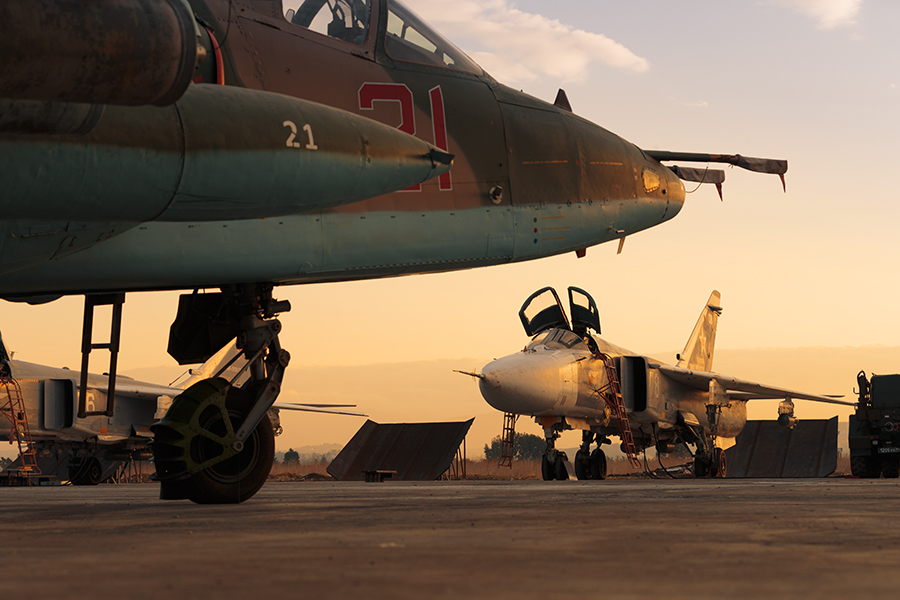 Russian and Syrian jets nearly hit U.S. forces in northern Syria on Tuesday when they attacked positions held by Syrian Democratic Forces, a US ally in the ongoing effort to expel the Islamic State from Syria, the top U.S. commander in Iraq and Syria said Wednesday.

The Russian and Syrian planes, apparently, had seen some ISIS forces recently move out of the area and hit the U.S. proxies thinking they were ISIS forces. The Syrian Arab force took casualties, but the Russian planes peeled off once their American counterparts used a long-established hotline to warn them they were bombing friendly forces. American advisory forces were fewer than five miles away, but were unharmed. 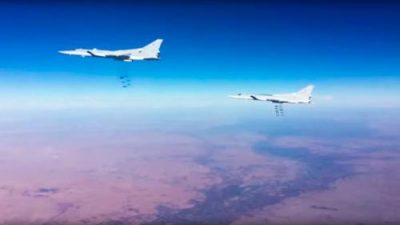 As Stripes reports, the targeting of the Syrian Arab Coalition in the hamlets to the south and east of al-Bab on Tuesday appeared unintentional and quickly ceased, once nearby U.S. troops alerted the Russians about which group had been hit, said Army Lt. Gen. Stephen Townsend, the commander of the Operation Inherent Resolve coalition.

The Syrian Arab Coalition makes up about 60% of the Syrian Democratic Forces – the United States’ proxy force fighting the Islamic State group in Syria.

While Townsend said the Syrian Arab Coalition forces suffered casualties in the attacks, he did not say whether anyone was killed or how many fighters were injured.

As Foreign Policy adds, what happened today is a situation that U.S. commanders have been trying to avoid since Russia deployed dozens of aircraft to Syria in late 2015. Currently there are about 500 American troops are on the ground training Syrian Arab and Kurdish fighters in northern Syria in the runup to the assault on the ISIS stronghold of Raqqa, and the Russians have shown themselves to be indifferent over who, or what, they strike with their unguided bombs.

The jumbled mess of competing forces in and around al-Bab has increased the likelihood of mistakes or miscalculations. Turks, their Free Syrian Army allies, ISIS, Syrian regime forces, and the U.S.-backed Syrian Arab Coalition and Kurdish forces are “literally within hand grenade range of each other,” Lt. Gen. Stephen Townsend told reporters at the Pentagon Wednesday.  Al-Bab was liberated last week from the terrorist group by Turkish forces – backed by some 50 U.S. airstrikes – after months of fighting.

Townsend, who commands U.S. forces in Iraq and Syria, said these groups are “bumping up against each other” around the city, adding “three armies and an enemy force have all converged within the same grid square, so it’s very difficult and complicated” to know just who is where.

“It’s the most complicated environment or situation I’ve been in in my entire life,” he said.

Townsend urged the Russians, Syrians, Turks and U.S.-backed forces to all focus on fighting the Islamic State group, because it threatens everyone inside Syria and elsewhere. “That’s what we should all keep our efforts focused on and not on fighting the [other] liberators accidentally – one another,” he said.

That said, the Russian and Syrian strikes did not endanger any American troops in the area. There are some 500 U.S. special operators working as advisers to anti-Islamic State forces in Syria. Some of the U.S. troops were within about five miles of the airstrikes Tuesday, Townsend said. After observing the attacks, the American troops alerted the coalition who contacted the Russians through standard communication lines that the two forces use to ensure flight safety over Syria.

The general sought to tamp down tensions, saying that “the coalition is encouraged” by the progress against ISIS by the Turkish military and their proxies. He added that the U.S. asks “all forces to remain focused on the counter-ISIS fight and concentrate their efforts on defeating ISIS, and not toward other objectives that may cause the coalition to divert energy and resources away from Raqqa.”

As Stripes adds, it is not the first time the communication line, which officials have said is used daily to ensure Russian and coalition warplanes maintain safe distances in Syria, has been needed to stop the wrong target from being bombed. Russia blamed a U.S. airstrike near Deir al-Zour in eastern Syria for the deaths of more than 60 Syrian regime forces in September. Russian officials contacted the coalition using the communication line, but they did not immediately report that Syrian troops had been hit. The Russians later informed the coalition that it had bombed Syrian forces and the attack was halted.

Meanwhile, Russia denied everything and according to RT, neither Russian nor Syrian air forces had bombed positions of Syrian Arab coalition fighters supported by Washington in Syria on Tuesday, Russia’s Defense Ministry said, rejecting the accusations of the US commander. The Russian military in Syria had been contacted by their American counterparts, who “expressed concern” that Russian and Syrian aircraft could “carry out an unintended strike” at positions of Washington-backed fighters during an anti-terrorist operation, the Russian ministry said.

“To avoid any incidents, the US representative has provided exact coordinates of the US-backed opposition forces in the region to a Russian officer,” the ministry said in a statement on Wednesday, adding that the information was “taken into account” by the Russian military.

“Not a single air strike on the regions specified by the US side was conducted by Russian or Syrian air forces,” the statement said.  The defense ministry also said it would continue “effective cooperation” with the US military through established channels in order to fight the Islamic State (IS, formerly ISIS/ISIL) terrorist group in Syria.