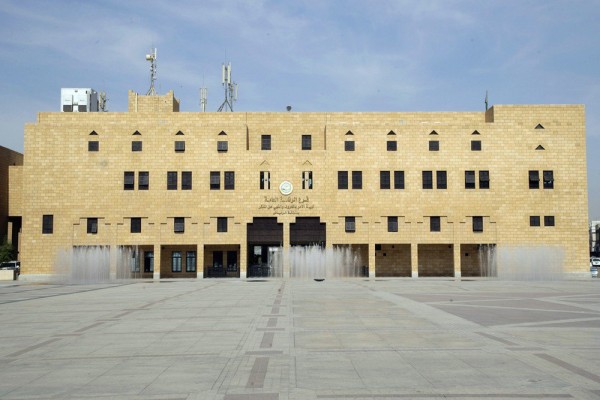 A Sri Lankan housemaid is soon to be stoned to death, as the world turns a blind eye.
BY JONAH COHEN AND RAMYA CHAMALIE JIRASINGHE
December 4, 2015
In the coming days, a Sri Lankan woman is to be led to an outdoor pit in Saudi Arabia. Her arms and hands will be tightly bound, her body buried up to her breasts. Saudi men will then surround her and begin to hurl rocks at her head to kill her slowly.

As a morality tale, we should recognize that our indifference to this woman says as much about ourselves as it does the brutality of Saudi Arabia’s legal system.

JONAH COHEN AND RAMYA CHAMALIE JIRASINGHE
A married housemaid, she was convicted of adultery, while the man, a bachelor, also a vulnerable Sri Lankan migrant worker, was given 100 lashes, as prescribed by Islamic law.

It is a measure of how violent Saudi Arabia’s capital punishment laws are that beheadings can at times seem compassionate. Decapitation, after all, is nothing compared to lapidation. Beheading is quick; stoning, slow. It’s death by torture.

“It doesn’t matter to me: two, four, ten—as long as I’m doing God’s will, it doesn’t matter how many people I execute,” Muhammad Saad al-Beshi, Saudi Arabia’s leading public executioner, said about beheadings in a 2003 interview with Arab News.
Proud of Beshi’s “godly” work, the Saudi kingdom gave him a special gift: a costly executioner’s sword, which he keeps razor sharp.

“People are amazed how fast it can separate the head from the body,” he said. “There are many people who faint when they witness an execution. I don’t know why they come and watch if they don’t have the stomach for it.”

Beshi also coolly described the terror that his prisoners felt before they were beheaded: “When they get to the execution square, their strength drains away.”

The housemaid’s panic must be unimaginable. What makes her punishment even more agonizing is that she all but surely did not receive a fair trial.

The legal cost to plead her case—10,000 riyal, or about $2,600—roughly amounts to the average yearly salary of a foreign worker in Saudi Arabia. It’s unlikely, therefore, that she had the money necessary to receive adequate legal guidance during her trial.

It’s also doubtful that she fully understood the Arabic language. Or Islamic law. Or the gravity of the sexual charges that were brought against her. It is not uncommon for underprivileged women from Asia and Africa to be victimized in Saudi Arabia’s religious legal system.

U.S. State Department reports on human trafficking show that migrant women in Saudi Arabia find themselves held captive by their employers, because of the kingdom’s requirement that foreign workers must receive permission from their employers to obtain an exit visa to leave the country.

Knowing all this, the Sri Lankan government is making some efforts to get the housemaid’s sentence lifted or reduced. Legal help has been procured, an appeal filed before the Riyadh Court. But the hour is late. (The exact date of her scheduled execution is unclear; it’s difficult to get clear information from the Saudi courts.) Sri Lanka doesn’t appear to have made interventions at the highest diplomatic levels. It cannot afford to fall out of favor with the Saudi kingdom, one of the Middle Eastern countries on which Sri Lanka is dependent for $2.5 billion in remittances from Sri Lankan domestic workers.

In the past, Sri Lanka, a small, predominantly Buddhist island, has had little influence on the legal decisions of the wealthy Muslim kingdom, which treats many Sri Lankan workers like prisoners of war. In 2013, another Sri Lankan maid was put to death. Today nearly 250 Sri Lankans, including 125 women, are serving jail time. There are also 150 more Sri Lankans languishing in Saudi police stations or camps awaiting trial for all manner of alleged crimes.

Perhaps in the next few days only world outrage might save the housemaid. Not even her family knows about her death sentence.

So far the Obama administration has shown no interest in her case. Nor has any assistance come from the United Nations, where, in a grim irony, Saudi Arabia currently chairs a panel of the the U.N. Human Rights Council.

The stoning of this lowly, nameless housemaid will stand as a symbol of our world’s moral failing. Given the indifference of the Obama administration, the silence of the United Nations, and the cruelty of the Saudi Arabian theocracy, only pressure from the media might now help.

So far the world’s response has been shameful. And as a morality tale, we should recognize that our indifference to this woman says as much about ourselves as it does the brutality of Saudi Arabia’s legal system.