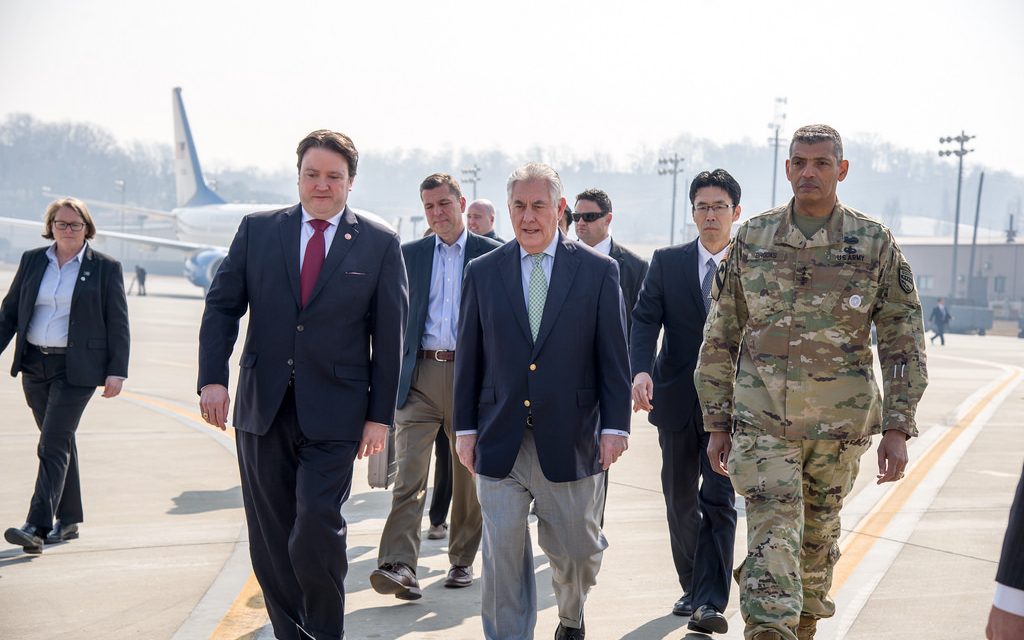 On the eve of his visit to Moscow, and in the wake of a Kremlin announcement he won’t be meeting with Russian President Vladimir Putin at all, Secretary of State Rex Tillerson continued to lash Russia publicly for backing the Syrian government, insisting that President Bashar Assad’s rule is “coming to an end.”

Whether thus amounts to a statement of US policy is unclear, as US officials have been send very mixed messages on their stance on Syria, after attacking them last week. Tillerson himself insisted just days ago that Assad’s future was still up to the Syrians, despite having announced before that that the US was in the process of implementing regime change.

Tillerson went on to predict that if Russia refused US demands to abandon Assad, they would effectively become “irrelevant” in the Middle East. This echoes other US officials’ demands that Russia unconditionally abandon Assad, amid ongoing allegations of Russian complicity in a putative gas attack.

The timing of Tillerson’s comment is particularly noteworthy, however, as he is scheduled to arrive in Moscow by the end of the night, and has already been spurned by Putin. As tension continues to rise, it remains to be seen what can possibly be accomplished in Tillerson’s meeting with Russia’s Foreign Ministry.