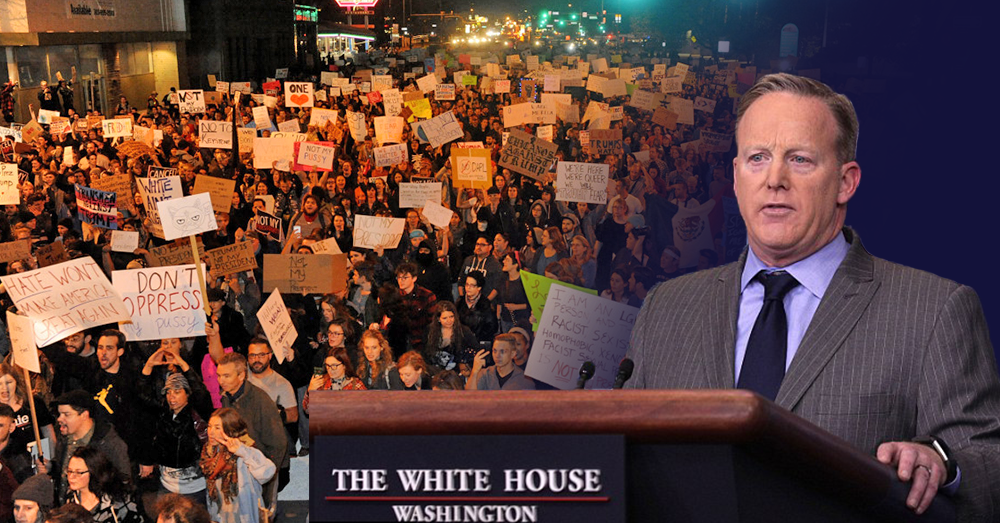 A senior State Department official confirmed the memorandum had been submitted to acting Secretary of State Tom Shannon through the department’s “dissent channel,” a process by which officials can express unhappiness over policy.

“Any government official, anyone who doesn’t understand the President’s goal in this and what this actually was, again I think this has been blown way out of proportion and exaggerated. Again, you’re talking about, in a 24-hour period, 325,000 people from other countries flew in through our airports and we’re talking about 109 people, from seven countries that the Obama administration identified and these career bureaucrats have a problem with it? I think that they should either get with the program or they can go.

The president has a very clear vision, he’s been clear on it since the campaign. He’s been clear on it since taking office, he’s going to put the safety of this country first. He’s going to implement things that are in the best interests of  protecting this county prospectively, not reactively and if somebody has a problem with that agenda then that does call into question whether or not they should continue in that post or not.

The president was elected and I think again, look at the polls that have come out so far. The american people support what the president is doing. Everyone in here needs to get out of Washington once in a while and go talk to people throughout America that are pleased that this president is taking the steps necessary to protect this country. I know the president appreciates the people who serve this nation and the public servants but at some point if they have a big problem with the policies that  he’s instituting to keep the county safe, then that’s up to them to question whether they want to stay or not. You have got to remember what the goal of what the president is doing.”

This news came after it was reported by Reuters that at least four senior U.S. State Department officials are departing their posts by Friday, leaving vacancies at top policy-making and management levels.

“Of the officers whose resignations were accepted, some will continue in the Foreign Service in other positions and others will retire by choice or because they have exceeded the time limits of their grade in service,” said a statement by acting State Department spokesman Mark Toner.