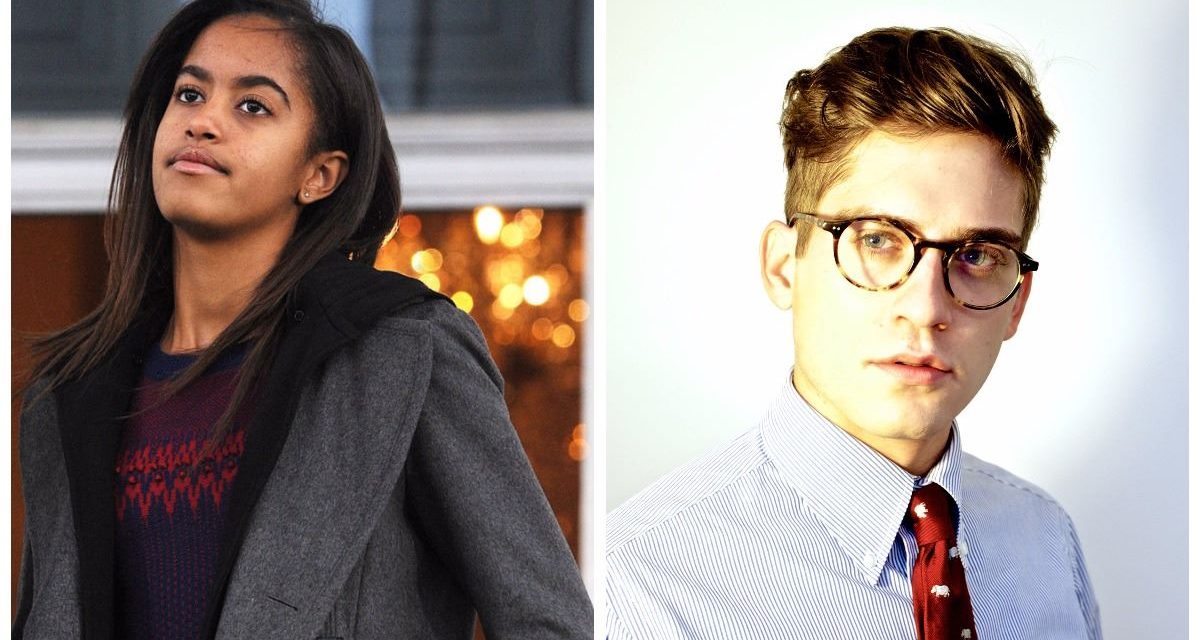 Malia Obama just scolded me at a club NYC. Not joking. She started saying "I wanna punch that dude I the face!"

Wintrich, the White House correspondent for the Gateway Pundit, was at a private club called The Parlor for an event that his friend was hosting when the teen, who he says was visibly intoxicated, angrily confronted him.

“My friend said ‘Malia Obama just said she wants to punch you’ and started laughing,” Wintrich told We Are Change. “I completely thought my friend was joking, but sure enough it was her. I tried to take a picture and she came up to me and started yelling.”

After Wintrich took the photo, Obama demanded that he confirm his name and occupation before launching into a belligerent rant. She reportedly said, “that’s what I thought,” after Wintrich identified himself.

I'm not even joking, I'm no @CNN #fakenews, Malia Obama just screamed at me after confirming my identity – one off my bucket list.

“She had like five security people come up to me and tell me to delete the shoulder picture,” Wintrich said.

Wintrich reports that the former First Daughter then said “if you wanna have a conversation, let’s sit down, let’s have a real conversation.” After the reporter accepted the offer however, he says that the intoxicated teen became even more enraged.

“I think you’re disgusting,” the hard partying Obama daughter said during the outburst, according to Wintrich.

She was eventually pulled away from the reporter by her personal security team, but they continued to harass him about deleting the photograph. Wintrich and his friends ultimately became annoyed with the scene and left the club.

SO management of Parlor in NYC told me to delete the Malia Obama shoulder pic from all my of social media or I'd be banned; GUESS I'M BANNED pic.twitter.com/ns8T2oZP87

Wintrich was at the club with his friend Martina Markota, a conservative burlesque dancer and performance artist, who also confirms the series of events.

Again, for the record, 18 year old Malia Obama literally scolded me for being in the same (21+) lounge in NYC as her ?? #BadParenting

“Honestly, I was shocked that her parents are letting her go out to 21 plus lounges in New York that are inhabited by conservative White House correspondents and conservative burlesque dancers,” Wintrich told We Are Change.

Me after telling Malia Obama's father's impersonator about her recent escapades, neither of us are impressed: pic.twitter.com/1JTA7y1iwO

Recently, Wintrich was also accosted by Fox News Radio’s unprofessional correspondent Jon Decker during a White House press briefing. The radio host was apparently upset about the Gateway Pundit reporter’s political views — despite admitting that he has never read anything on the website.

Jon Decker asulted me at today's briefing. @FoxNews – is this behavior something you tolerate over there? He's sick .https://t.co/gzZhhIzOMD pic.twitter.com/ThppoHpRQw

This is also not the 44th president’s daughter’s first time making headlines for her hard partying ways.

During a family vacation at their home on Martha’s Vineyard in August, the teen attended a wild party that was broken up by the police. She was quickly rushed away from the scene by the Secret Service. She was also notoriously filmed smoking marijuana during the 2016 Lollapalooza music festival.

The Obama daughter will be attending Harvard University in the fall. Watch out, Boston.