The Biggest Moneymaker of all Time: Cancer, and Why the Profiteers Don’t Want a Cure 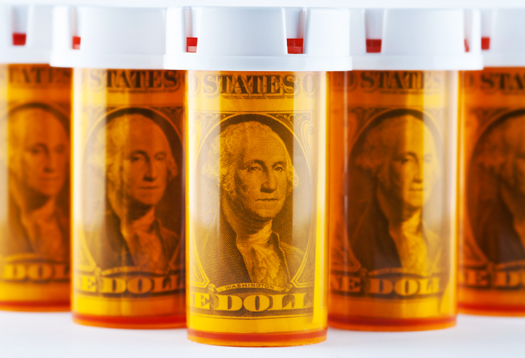 People wail, cry, and question why him /her, how could this happen to a child? Immeasurable grief.

Yet the answers are quite clear: humans are unknowingly exposed to far too many chemicals on their food, in their water, their clothes – even when buying a new car. That new car smell? Major cancer causing chemicals that have been used to treat the new leather and the rugs in that new car. And people get in and snort it like they smelled a bouquet of flowers.

Food sprayed with chemicals to make them last? Preservatives. At one time, you could not patent food. Yet we now have a patented soybean. Just so Monsanto can profit. This fooling around and injecting chemicals in food has got to stop!

This is why you must demand that food be labeled GMO ! Go California!

Even new clothing has been treated with chemicals that can seep into the body and wreak havoc especially in young children. Not to mention the pesticides that are used on your food. What is very interesting is how many people from Monsanto wind up working for the FDA. The FDA is supposed to protect US citizens from poisons, right? Do enough of your own research and the more you learn the more outraged you will become. This is what is meant by the wolf guarding the henhouse. They eat healthy, sure. And you can bet the ranch they don’t eat the food they sell.

Dr Max Gerson, who in 1938 made a startling discovery that his safe natural treatment for cancer patients held enormous promise. He was getting people well by using something that could not be patented – vegetables. At this time in history, a bill was appropriated for 100 million dollars to anyone who could show promise and results in treating cancer. Dr Gerson in 1946 presented 5 terminal cases and 5 additional patients’ records showing his effective treatment and cure of all of these cases. Well, guess what? The Pepper-Neely bill was defeated by four senators who were medical doctors.
Also of note, radio announcer Raymond Gram Swing who was in the room, was as astonished as any of the others and made a broadcast that night detailing these events and Gerson’s effective treatment. Two 2 weeks later, Swing was fired from his job.

The following video is life changing. The angel Charlotte Gerson is still alive and living in San Diego.
Gerson died in 1959, eulogized by long-time friend, Albert Schweitzer M.D.
I see in him one of the most eminent geniuses in the history of medicine. Many of his basic ideas have been adopted without having his name connected with them. Yet, he has achieved more than seemed possible under adverse conditions. He leaves a legacy which commands attention and which will assure him his due place. Those whom he has cured will now attest to the truth of his ideas.
Dozens of treatments have come and gone and have just as quickly been termed “not effective”. When an individual encounters a pathogen (virus, bacteria, fungus) their immunomodulators in their brain kick in to use and many different self-preservation events occur. One of the first is a fever. Almost all pathogens function best at 98.6, or normal body temperature.
The aspirin companies have convinced the public that a fever is bad. “We’ve got to break the fever” “if it gets too high we could cause brain damage”. And so this is drilled into caring parents’ minds and they immediately freak and start giving aspirin.

The body knows what it is doing and we interfere. Because we have a degree from a prestigious school and a stethoscope around our neck-we know better. But the fever is designed to make a poor quality environment for the germ, and eventually kill it off.

Instead, the aspirin, or Tylenol, does lower the temperature in some cases and the pathogen can now flourish.

The following was written by a medical doctor and comes from The Cancer Prevention Coalition: The verdict is unassailable. The American Cancer Society bears a major responsibility for losing the winnable war against cancer. Reforming the ACS is, in principle, relatively easy and directly achievable. Boycott the ACS. Instead, give your charitable contributions to public interest and environmental groups involved in cancer prevention. Such a boycott is well overdue and will send the only message this “charity” can no longer ignore. The Cancer Prevention Coalition (chaired by the author) in April 1999 formally announced a nationwide campaign for an economic boycott of the ACS .

The American Cancer Society has close connections to the mammography industry. Five radiologists have served as ACS presidents, and in its every move, the ACS reflects the interests of the major manufacturers of mammogram machines and films, including Siemens, DuPont, General Electric, Eastman Kodak, and Piker. In fact, if every woman were to follow ACS and NCI mammography guidelines, the annual revenue to health care facilities would be a staggering $5 billion, including at least $2.5 billion for premenopausal women. Promotions of the ACS continue to lure women of all ages into mammography centers, leading them to believe that mammography is their best hope against breast cancer. A leading Massachusetts newspaper featured a photograph of two women in their twenties in an ACS advertisement that promised early detection results in a cure “nearly 100 percent of the time.” An ACS communications director, questioned by journalist Kate Dempsey, responded in an article published by the Massachusetts Women’s Community’s journal Cancer:

The ad isn’t based on a study. When you make an advertisement, you just say what you can to get women in the door. You exaggerate a point. . . . Mammography today is a lucrative [and] highly competitive business.
The way women are treated when they have a mammography is deplorable. The tender, sensitive breast is jostled around, roughly handled and placed in the device to obtain the x-ray. The already angry area (angry with cancer cells) is now irritated further, enhancing the probability and possibility of cells spreading to other parts of the body.

Not only that, the tumor has a capsule around it. All the rough movement of the breast only helps to disrupt this capsule and enhance spreading or metastasis. Want a little more irritation? Let’s biopsy the area. A needle is stuck into the balloon and cells removed. Don’t you know there will be some leakage of the cells contained in that capsule?
Lung cancer and esophageal cancers too, are extraordinarily lucrative. It is one of the more difficult cancers to treat. There are miraculous stories about using Hydrogen Peroxide in the proper form to treat the body with oxygen.

Madison Cavanaugh has written a book called The One Minute Cure detailing the effectiveness of Hydrogen Peroxide on various health problems. Get the book.

To be clear, Hydrogen Peroxide must be Food Grade, meaning NOT WHAT YOU BUY IN THE SUPERMARKET. You must find food grade at 35% and then dilute it to 3%. What they sell in the brown bottle has preservatives in it and is not meant for internal use.

Cancer despises oxygen. It also loves 98.6. And it loves fatty tissue. It’s nirvana for the cancer cells. Cancer also has a unique capability to do what is called angiogenesis – it makes it’s own blood vessels to bring more blood and more food to feed it’s crazy appetite. It has this appetite because it is making cells at such a rapid pace.

Sugar is perfect fuel for cancer. High fructose corn syrup is a form of sugar that is ideal, as the high mitotic rate (cell division and tumor growth) calls for energy.

So here we have the “perfect storm”- you take a body, make it overweight – eat low quality food with all kinds of chemicals in the food and expose that person to fluoride in water, or vaccinations (additional cancer causing chemicals), air pollution, barbecued food (additional carcinogens) nitrates and nitrites, second hand smoke, etc and voila! You have a good potential to develop cancer.

Not everyone takes the cheese of standard treatment however, because there are alternatives to treating even difficult esophageal cancer as evidenced by this next video:
Tumors – Let’s pretend you were away and when you came home your home was extremely hot. You go to the thermostat an turn on the air conditioner. Nothing happens.
Would you then rip the thermostat out of the wall, thinking, “Well that should fix it”?

Of course not. This is what we do when we cut out a tumor. The tumors purpose just may be a “thermostat” a way to measure the presence of sickness. What if the tumor was only an indicator and not a sign of imminent death?

In so many cases, when treated successfully, there are reports of tumors shrinking and disappearing.

So what we do in America, we cut the tumor out. And the wonderful surgeon tells the family “I think we got it all”. Since cells are so vastly small, how could anyone, even with a microscope know for sure that they “got it all?” There is not a physician on the planet that could know for 100% sure they were able to “get it all”.

As a matter of fact, what if the tumors actually served a purpose and acted as indicators to tell us whether improvement is taking place? After all, unless the tumor is pressing on an airway or blood vessel, why take a chance and cut a person open who is already in a challenged state? And leave them susceptible to infection. Many people die from secondary infections due to the immunosuppresion of their bodies brought on by the side effects of chemotherapy. The radiation kills healthy cells. Cancer does not make hair fall out; radiation does that. And poor appetite causing poor nourishment? Caused by the drugs. So how can a body stay healthy if they are not getting proper nourishment?

This does not have to be. This is exactly where Dr Gerson was going. Take away the irritants (bad food, poor quality fluoridated water, fats, and sugars) and introduce ingredients the body can use to fight with-clean water-a healthy liver-vegetables-nutrients, and proper health can be restored.

This is a small sampling of incredible alternatives to fight cancer. The reason hemp is outlawed? Henry Ford many years ago said we should be using hemp for almost anything you can imagine – more and better use than cutting down all the trees and insulting the earth with mining. Greed is why hemp is outlawed. It is a very powerful solution to a number of health problems.

Rick Simpson in his video Run From the Cure discusses his very effective treatment for cancer-hemp oil.

The Biggest Moneymaker of All Time: Cancer, and Why The Profiteers Don’t Want a Cure