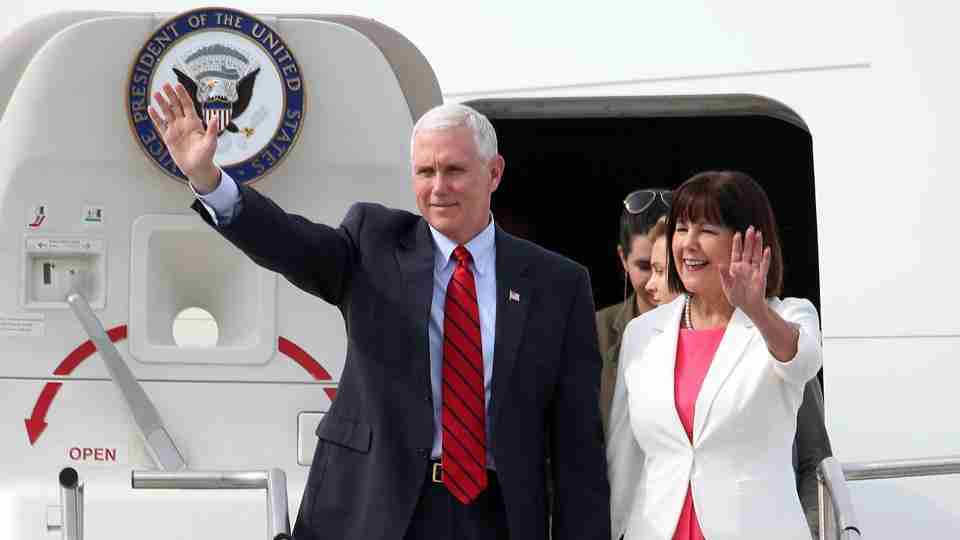 Vice President Mike Pence condemned North Korea’s failed missile launch calling the move a “provocation,” reassuring the South that the U.S. has its back if a conflict were to occur.

Early this morning North Korea attempted to fire a missile which resulted in a failed explosion on its launch pad.

The missile came after North Korea displayed its military might in a parade for the North’s “Day of the Sun” celebrations, to mark the anniversary of the nation’s founding president Kim Il-sung.

Pence is in Seoul for the beginning of his 10-day tour of Asia.

“This morning’s provocation from the North is just the latest reminder of the risks each one of you face every day in the defense of the freedom of the people of South Korea and the defense of America in this part of the world,” Pence told American troops at a military base in Seoul during Easter services.

“Our commitment to this historic alliance with the courageous people of South Korea has never been stronger,” the Vice President said.
“With your help, and with God’s help, freedom will ever prevail on this peninsula.”

The missile blew up “almost immediately” after it was attempted from the east coast city of Sinpo, US Navy Commander Dave Benham said.

“North Korea showing a variety of offensive missiles at yesterday’s military parade and daring to fire a ballistic missile today is a show of force that threatens the whole world,” South Korea’s Foreign Ministry said in a statement.

The North has warned of a nuclear strike against the United States if provoked.

As a defector of the regime Ung-gil Lee, a former corporal in the 11th Storm Corps has warned that the North trained to infiltrate the South to kidnap tourist as a measure if war were to break out.

“We would sneak into the South, change our clothing, go into areas where there are lots of foreigners and capture some of them,” he said.

“We memorized locations, phone numbers and the car number plates of major embassies.”

China has urged the two powers to keep a dialogue open and avoid war at all cost.

[RELATED: China To U.S. And North Korea If War Breaks: ‘There Will Be No Winner’]