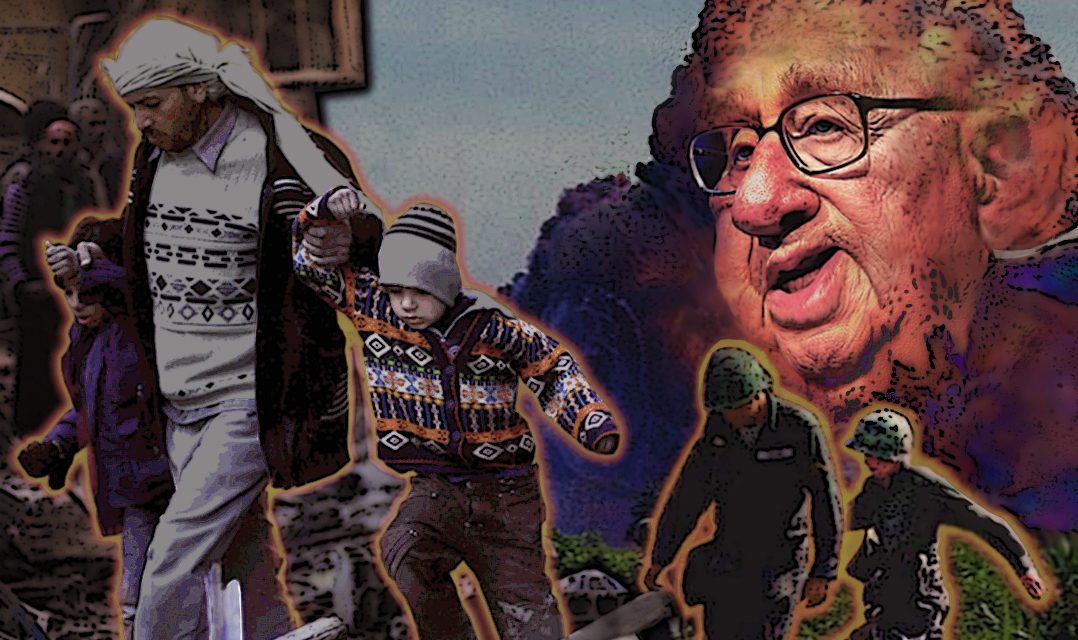 In this video, Luke looks back through decades of U.S. foreign policy and a familiar pattern of foul play in the theater of war is seen. With the U.S. repeating similar insanity that seems geared more towards unending war, than the stated outcome. Is it a coincidence that Henry Kissinger was an instrumental influence in the Vietnam quagmire and now rears his ugly head in the White House as the Syria situation gets worse by the day?

A quick reminder of what Kissinger is infamous for:

Some disturbing quotes by Kissinger. These give you an idea of the kind of person he is!

"The illegal we do immediately. The unconstitutional takes a little longer." — Henry Kissinger pic.twitter.com/fKDkLl1zbG

Henry Kissinger was famously once quoted saying that the number one priority of US policy should be depopulation.

People on the left have been keeping a close eye on Trump’s movements. Some claiming them to be suspicions in light of the allegation of collusion with Russia. Google Louise Mensch for more information.

??Met with Russians next day, shut out US media

Others think there is no basis to the allegations.

There's nothing to expose. The FBI has said over and over that there was no trump Russia collusion. Get over it!

If you liked today’s content, please consider donating to us. We have a team working behind the scenes, not just Luke.  YouTube and Google Adsense are both severely hindering our ability to keep this operation going. We won’t be able to continue to bring you broadcasts like this without your support. You can donate here on the website or on our patreon. Thank you and remember We Are Change.

OH YEAH since we are not corporate or government WHORES help us out https://news4achange.com/donate

We take BITCOIN too 12HdLgeeuA87t2JU8m4tbRo247Yj5u2TVP