VIDEO: Will Donald Trump Be At The 2017 Bilderberg Meeting? 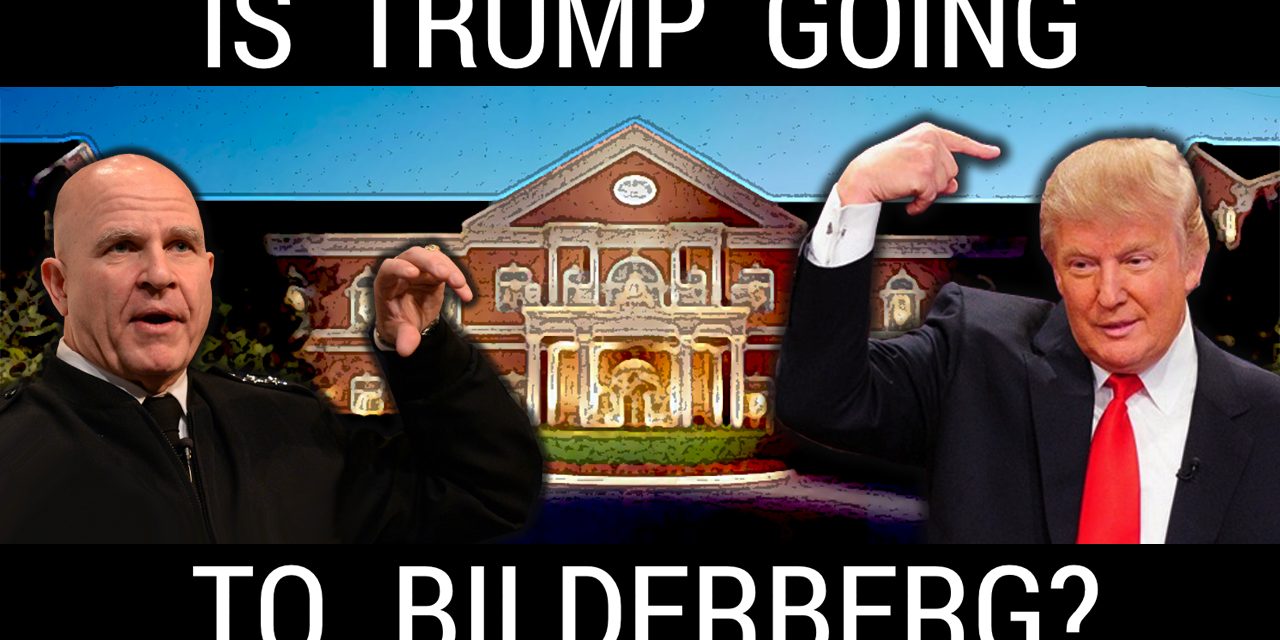 Luke talks with Charlie Skelton- a freelance reporter who does a lot of work for the Guardian, about the Bilderberg meeting and the possibility of Trump attendance.  There are many suspicions that Obama and Hillary may have attended the meeting the last time it was held in Virginia.  Two personal aids the US National Security Advisor and H.R. McMaster are on the attendee list this year.

Charlie says it’s entirely possible that Trump may attend, as team Trump is already here in some numbers and the top of the agenda is a progress report on Trump.

Luke notes that Infowars who used to treat Bilderberg like the SuperBowl is currently nowhere to be found, not that surprising since we have seen them with a very pro-Donald Trump position in recent years.

There seem to be many more technocrat types at this Bilderberg meeting including the Executive Chairman of Google. (Alphabet Inc)  A lot of people connected to transhumanism and technology, there seems to be a focus on tech. In Bilderberg’s own words this is “Where they set the agenda for world events.”

Close associates of Trump also attending include Henry Kissinger, who recently met with Trump, perhaps they discussed the meeting.

Charlie talks about how Bilderberg seems to be embracing technology, especially with individuals attending like Eric Schmidt the Executive Chairman of Google (Alphabet Inc.), and Craig Mundie formerly of Microsoft.  They’ve really taken the tech people to heart, including people like Alex Karp from Palantir who works with Peter Thiel.  They seem to become more open and forward-looking, especially for an organization that doesn’t seem to have changed much in the past fifty years.

A few things jump out at him from the agenda, one item of which is called “The war on information”, if you look at the list there is a huge number of media and journalists present this year, seemingly more than usual.  Fake news appears to be one of the hot topics, and it’s disappointing that there will likely be more mainstream media inside than outside reporting.

Luke mentions how the discussion agenda contains topics like nationalism and how to slow down globalism, which seems to make no sense.

Charlie talks about how the head of NATO seems to now be a permanent fixture around the table at Bilderberg and there is a discussion topic called “Trans-Atlantic defense alliance: bullets, bytes and bucks”.  There seems to be some recent friction between the EU Countries and Trump, possibly related to his rather abrasive temperament and demanding more money.

Steering committee member David Yawn bragged about how the Bilderberg group was very important for the formation of the Euro and bringing the US/Euro together.  It’s really interesting to see how they list their agenda.

Charlie tells about how you can see their hand influencing Macron and the recent French elections.  They seem to be trying to rebuild Europe without the U.K., it’s really about trying to work out what direction they are going and who with.

Luke isn’t seeing a lot of major independent media and the mainstream media is not covering it either, even though the agenda items are quite impressive.  Charlie hopes they will show up.

Thanks so much for your support for independent media!

OH YEAH since we are not corporate or government WHORES help us out: https://news4achange.com/donate