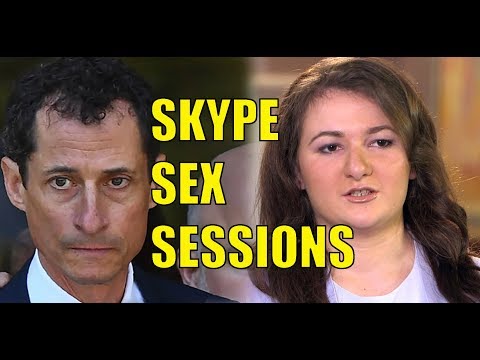 Hey everybody Jason Bermas reporting for WeAreChange.org. Today I will be discussing the infamous Anthony Weiner scandal.

He was in court this week regarding his divorce to Huma Abedin and also his sentencing for sexting, Snapchatting, and Skype-ing a 15-year-old girl. This girl has made her first media appearance on an Inside Edition Exclusive where she goes into detail about what Weiner wanted.
Many of their exchanges have now been made public.

“Weiner communicated with the teen on Twitter and Facebook as well as the controversial media site Kick and Confide. Sometimes he hid his identity with the screen name T Dog. Some of his messages are so obscene that they can’t be shown on television. He also sent her photos showing him bare-chested. As well as a picture that she felt particularly upsetting. “ 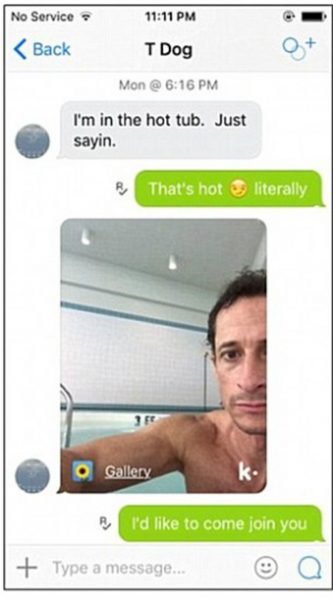 “I was disgusted. That’s part of the reason I came forward.” – Victim

Let’s not forget that he had a plethora of sexual scandals before this one involving women of age. This is the first time that he has been prosecuted for under-age sexual activities with a minor. Prosecutors are asking for 21 to 27 months in this case.

His lawyers are thinking differently, and unfortunately, it looks like he is going to get an even lighter sentence than most would call light.

We’ve never actually seen the emails that were seized by the NYPD that occurred before the elections of 2016.

“Abedin was a top aide to Hillary Clinton. The investigation into Weiner’s online communications led FBI agents to seize his laptop where they found emails from Clinton to Abedin on it. As a result, the FBI reopened their investigation was re-opened into Hillary Clinton’s use of a private server for emails.” 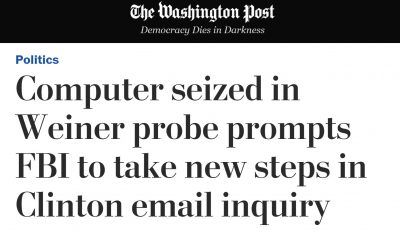 Now, this girl is not only making a claim, but it’s been admitted that Anthony Weiner watched her perform sexual acts over the Internet. Act much more explicit than just the sexting that was first reported.

In stark contrast to this case, Jared Fogle was convicted in 2015 of his repulsive crimes with young girls. He groomed them in middle school and paid them for sex. He received 15 to 17 years which again, in my opinion, is still a light sentence.

It’s in headlines today that he has to pay fifty thousand dollars to the court for this as well. As part of his plea agreement, he paid out 1.4 million dollars to 14 of his victims. Rest assured folks that number is probably much higher as many victims of sexual abuse remain silent for decades. Often they never speak of it at all.

What’s most troubling about this Weiner scandal is that it seems to intertwine with Huma Abedin, Hillary Clinton and what people refer to as Pedogate or Pizza Gate. It seems like this trial is going to use damage control to stop people from further investigating Weiners ties to all of them.

Weiner took to the courthouse and read a prepared statement in which he began crying only five seconds into it.

“Weiner breaking down as he read a prepared statement describing his destructive impulses ‘I have a sickness, but I do not have an excuse.'” 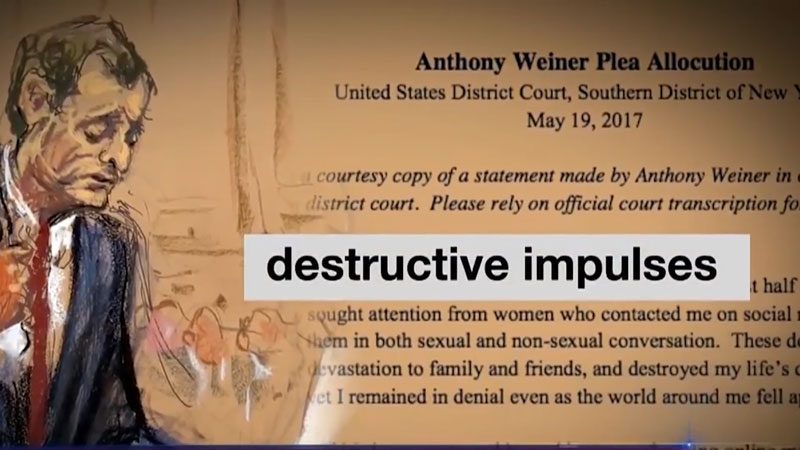 Someone who is politically connected seems to get little to no prison time. This was the case with former Speaker of the House Dennis Hastert who received less than two years and served only 18 months after being categorized by a judge as a serial child molester.

It’s only through your financial support that reports like this one are possible.