The Whole World Witnessed Socialism’s Death … Central Banking Is Next 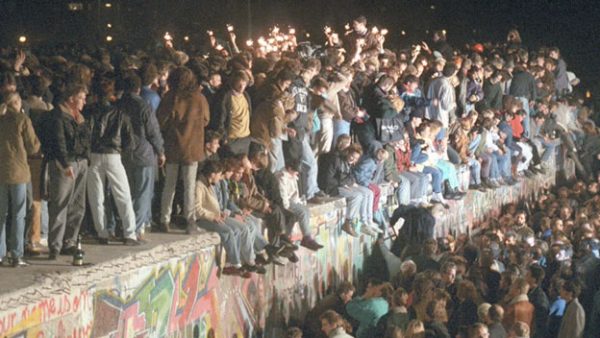 The fall of the Soviet Union was a learning experience for the entire world. Despite all the fear-mongering propaganda (especially from American pundits at the time) the great bastion of socialism was nothing but a castle built on quicksand.

The Soviet Union was not a powerhouse, but a parasite that completely sucked the life out of its host. Despite all the foreign aid (again, especially from the U.S.) the socialist boogeyman would collapse without the shedding of a single drop of blood.

No shots had to be fired. No militias. No need for a Paul Revere. Truth merely burst through the human desire to deny it, and was (as always) unstoppable.

There were truth-tellers in America well before the collapse. Predictably, they were shunned like lepers for proving that socialism was a basket-case and completely unworkable.

Heroic figures like Ludwig von Mises and Murray Rothbard put the logic into black and white for everyone to read. Without private property, market prices, and profits & loses there is no way for a socialist state (i.e. a single-property owner) to know how scarce resources should be allocated. Socialist planners were perpetually in the dark, with no clue as to what they were doing.

Mises and Rothbard, much like prominent libertarian figures of the modern day, were cast aside for telling the truth. There was just too much money and power at stake during the Cold War to ponder reality. Fear of the Soviets was milked to the last possible second.

The only thing that the Soviets had going for them was the natural tendency of people wanting something-for-nothing. It’s an easy sale, and they sold it for sure. But they were peddling nothing but snake oil, and the truth could not be avoided any longer when the Soviet state collapsed. When it collapsed, the truth was laid bare, and even the best paid and highest skilled spin-meisters couldn’t come up with a yarn sufficient enough to keep people believing.

Even in America, we find faux-socialist Bernie Sanders trying to win an election by appealing to something-for-nothing Americans. But despite the moniker, Bernie is no socialist. He’s just another hyper-interventionist looking to capitalize on economic ignorance. But Bernie or no Bernie, the idea of socialism is as dead as a doornail. The Soviet tombstone is remembered by everyone.

Central Banking is next, and its death will also provide a learning experience for all the world to see.

As of today, our planet is littered with monetary central planners who adopted the crackpot ideas of John Maynard Keynes. Central bankers are printing money, manipulating interest rates, and attempting to micromanage domestic economies on a worldwide scale. They’re also failing miserably on a worldwide scale.

Once again, we have truth-tellers in our midst and they are cast aside as fringe individuals. There’s just too much money and power at stake to ponder reality. And central bankers will milk their temporary monetary powers until the very last second. They will not voluntarily give up their printing presses.

We do not need a Paul Revere, or gangs of libertarian militias. We have the luxury to just sit back and watch as the central bankers scurry, scamper, and slither around to try to keep their system alive.

Whether it’s QE, negative interest rates, bailouts, or banning cash….they’ll try them all. Excuses for their constant downward spiral will always accompany their decisions.

But just as with the Soviets, time is limited. The central bankers do not have forever. The last grain of sand will drop in their hourglass.

Perhaps a few countries will cling to the dead ideas of government-controlled money. There will probably be Bernie Sanders-like politicians who will try to go back to the past. But there will be no going back.

The idea of central banking will someday be, on a worldwide scale, as dead as socialism.

They’ll both be dead as doornails.