Why does the US have 800 military bases around the world? 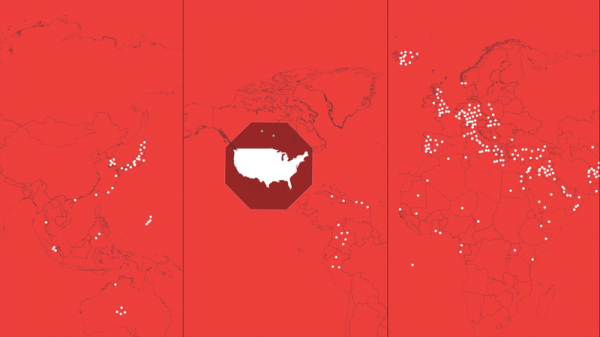 (VOX.COM) The US has around 800 military bases in other countries, which costs an estimated $100 billion annually, a number that could be much higher depending on whether you count the bases still open in Iraq and Afghanistan. This is according to American University professor David Vine in his forthcoming book Base Nation, in which he seeks to quantify the financial, environmental, and human costs of keeping these bases open.

The word “base” is a broad term that captures all sorts of military posts, stations, camps, forts, etc. around the globe. The Pentagon specifics that a “base site” is any geographic location that is “owned by or leased to, or otherwise possessed” by the military.

Most of these bases cropped up after World War II when the US took position as the global leader and peacekeeper in and around Japan and Germany. The Korean and Cold Wars sped up the expansion of US military infrastructure to other countries. Containing Soviet communism led the US to set up posts all over the globe to ensure a geopolitical foothold in places that were vulnerable to Soviet influence — which basically meant everywhere.

US military around the globe
Troops in Poland. (Sean Gallup/Getty)

Even though Japan, Germany, and Korea are now American allies and stable democracies, thousands of troops and many bases still remain in these countries. Even though the Cold War is over, much of the military infrastructure built up in response to that era remains operational.

American taxpayers are in charge of the bill for keeping these bases running. This estimated $100 billion is pumped out of our economy to the location of these bases. It’s a massive military system that ensures US influence in every corner of the planet, and given the uncontested nature of this widespread strategy, there isn’t likely to be any change soon.