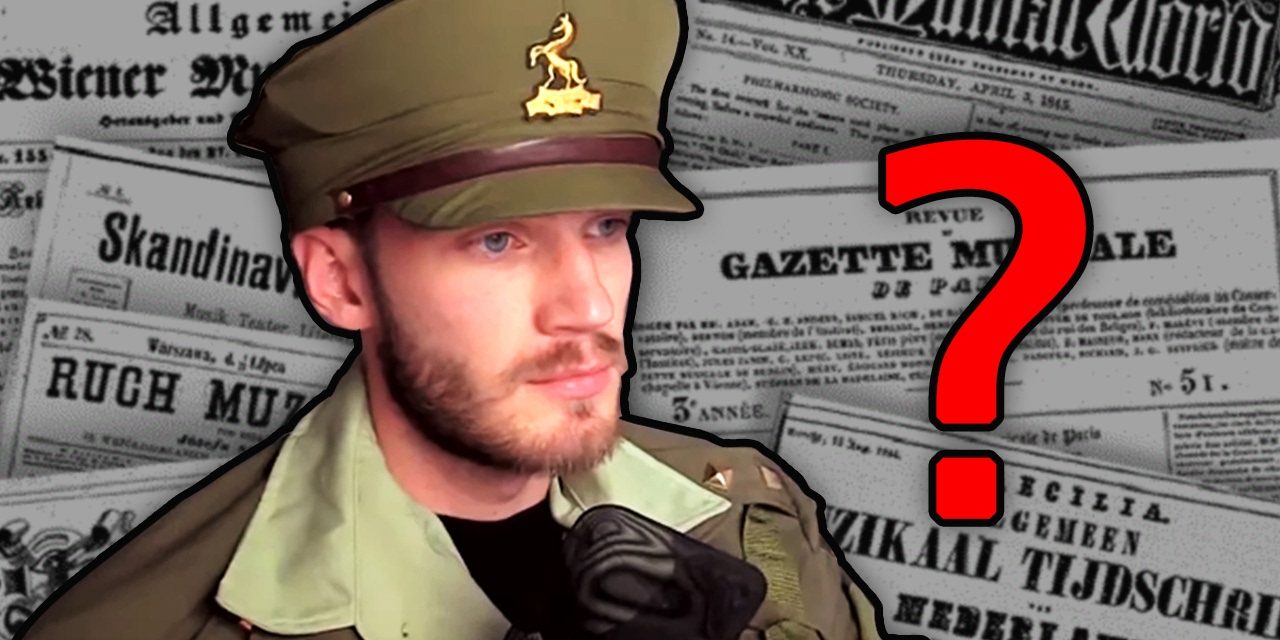 Some news outlets send journalists to investigate the edges of society, looking to expose the dark criminals that prey on unsuspecting people.

Then there is the Wall Street Journal.

Three “journalists” at the Wall Street Journal used their time and effort to smear the most popular YouTuber of all time, PewDiePie a.k.a. Felix Kjellberg, in a pathetic attempt to police speech and grab attention.

Kjellberg, a comedian with over 53 million subscribers on YouTube, had his YouTube Red series “Scare PewDiePie” cancelled and was dropped by Maker Studios, owned by Disney, after the Wall Street Journal published an article framing PewDiePie as anti-semitic.

The WSJ article took a joke that Kjellberg made about the willingness of people on Fiverr.com to do anything for five dollars, hiring men to hold up a sign that said “Death To All Jews…Subscribe to Keemstar” – and ignored the clear satire of PewDiePie’s video, which jokingly frames a fellow YouTuber named Keemstar for an obviously deplorable comment. The out of context statement “Death To All Jews” was used by the Wall Street Journal as evidence that Kjellberg is somehow anti-semitic.

After this knowingly malicious article was posted, many popular YouTubers rallied around Kjellberg, exposing the blatant deception of the Wall Street Journal.

Ethan Klein, a Jewish YouTube star and friend of Kjellberg, used his channel H3H3 Productions to speak out about the obvious defamation committed by WSJ, and also tweeted, “Sorry but you can’t take news at face value anymore, this article is little more than poorly researched defamation.”

Popular news analysts and YouTubers Sargon of Akkad and Mark Dice also sounded off on the thinly veiled hit piece by the Wall Street Journal, while internet sensation Milo Yiannopoulos posted on Facebook, “The media has declared war on PewDiePie, the most famous YouTuber in the world. He has 54 MILLION subscribers, most of them under 20. More evidence the media have a death wish.”

With the growing influence and power of the independent media, a smear that once would have destroyed a career has been turned into a rallying call for independents and freethinkers across the internet.

The truth can no longer be hidden, and the mainstream media is deathly afraid.